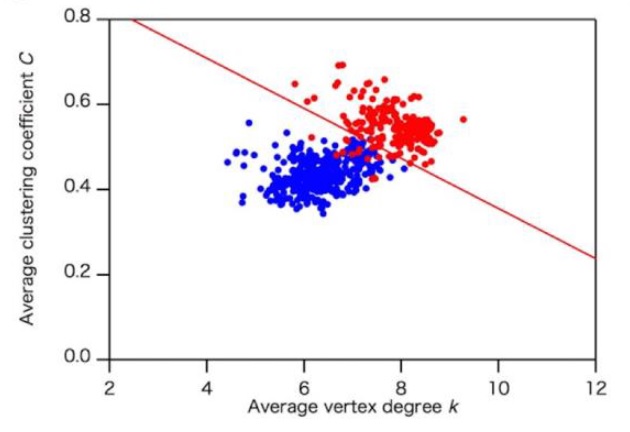 Abstract
To quantitatively categorize protein structures, we developed a quantitative coarse-grained model of protein structures with a novel amino acid network, the interaction selective network (ISN), characterized by the links based on interactions in both the main and side chains. We found that the ISN is a novel robust network model to show the higher classification probability in the plots of average vertex degree (k) versus average clustering coefficient (C), both of which are typical network parameters for protein structures, and successfully distinguished between “all-α” and “all-β” proteins. On the other hand, one of the typical conventional networks, the α-carbon network (CAN), was found to be less robust than the ISN, and another typical network, atomic distance network (ADN), failed to distinguish between these two protein structures. Considering that the links in the CAN and ADN are defined by the interactions only between the main chain atoms and by the distance of the closest atom pair between the two amino acid residues, respectively, we can conclude that reflecting structural information from both secondary and tertiary structures in the network parameters improves the quantitative evaluation and robustness in network models, resulting in a quantitative and more robust description of three-dimensional protein structures in the ISN.