Understanding the role of oceans in the climate system 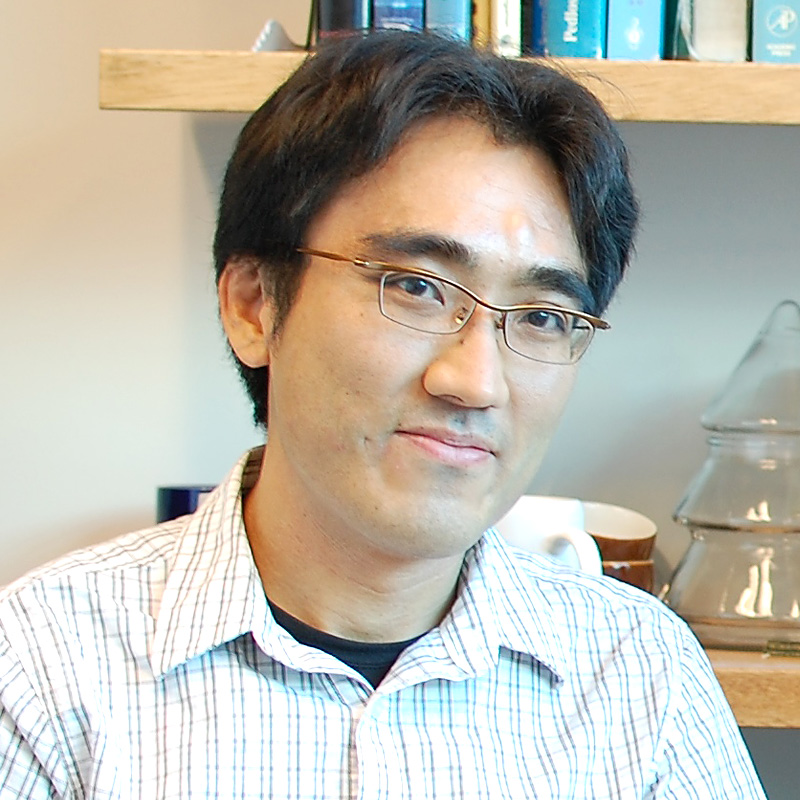 I study oceanic variability and the associated climate and environmental changes using various approaches, that is, theory, numerical simulation, and statistical analyses.
I particularly examine ocean circulation variability in the mid-latitude. The Gulf Stream in the North Atlantic and the Kuroshio Extension in the North Pacific are one of the strongest western boundary currents in the world. The position and strength of these currents vary on interannual to decadal timescales, and affect atmospheric circulation and marine ecosystem. To explain these fluctuations, I propose a jet-trapped Rossby wave (Sasaki and Schneider 2011ab, Sasaki et al. 2013). This theory can account for the westward propagation signals in the North Pacific and the decadal variability of the Kuroshio Extension (Fig. 1). Except for these studies, I also examine temperature (Fig. 2) and salinity (Fig. 3) variability associated with ocean circulation changes.
Air-sea interaction in the mid-latitude has been attracted much attention in recent years. The warm western boundary currents, such as the Gulf Stream and the Kuroshio, form the sharp horizontal gradient of sea surface temperature (i.e., SST front). These SST fronts play an important role in the air-sea interaction in the mid-latitude regions. My study revealed that the SST front associated with the Kuroshio in the East China Sea enhance the Baiu rainband aloft in the mean state (Sasaki et al. 2012). In addition, Sasaki and Yamada (2018) showed that when the SST front is strong (weak), the precipitation anomaly is positive (negative) over the East China Sea and southern Japan (Fig. 4).
I also study the influence of oceanic variability on environmental change. One of the important issues of this topic is coastal sea level change, especially coastal sea level rise associated with the global warming. My studies revealed that the sea level rise along the southeastern coast of Japan is induced by the northward shift of the Kuroshio Extension (Fig. 5). In addition, I showed from a regional numerical simulation that the high sea level along the Japan coast around 1950 is caused by wind variability over the North Pacific (Sasaki et al. 2017). I also performed the simulation of the future sea level change in the western North Pacific (Liu et al. 2017). 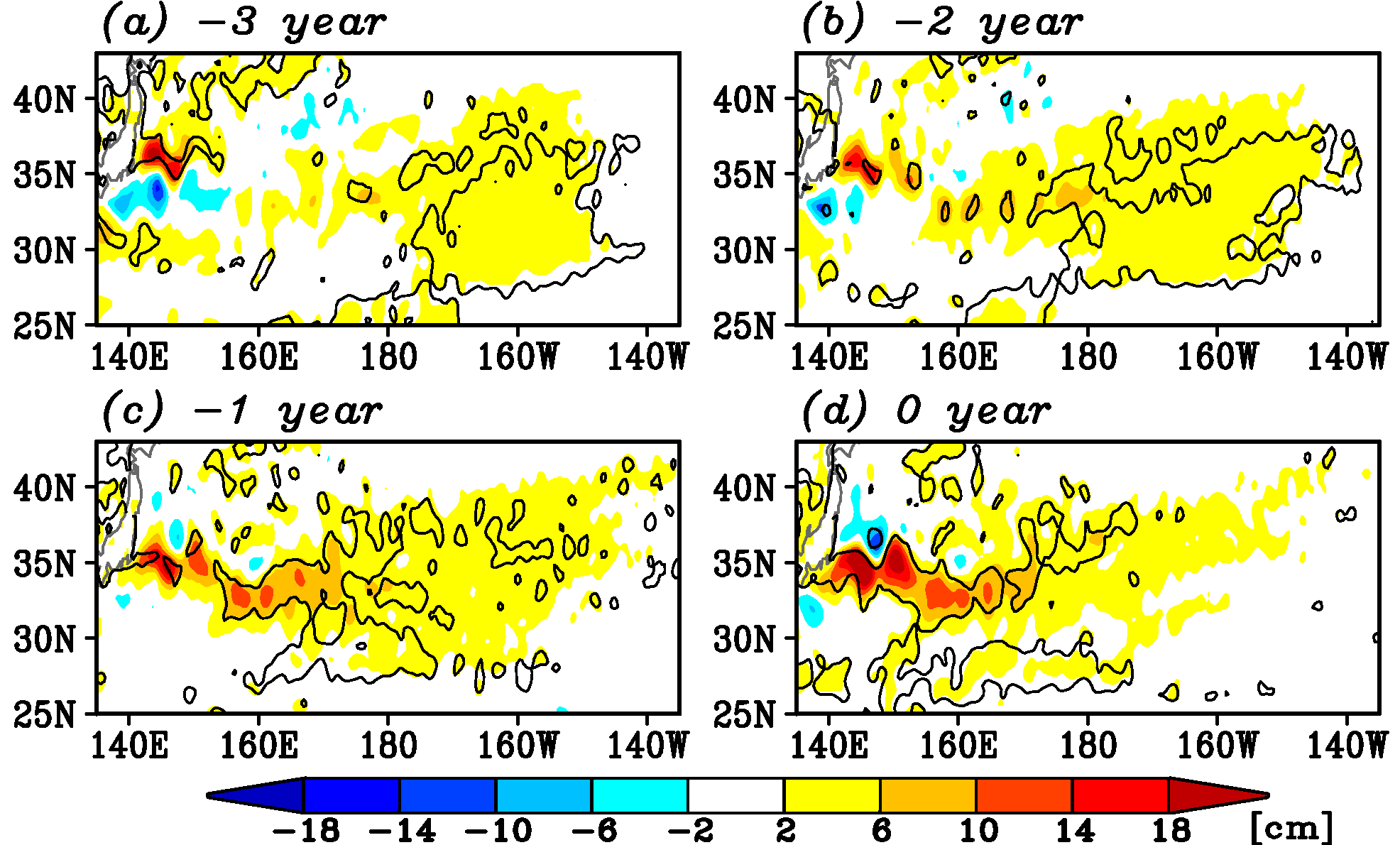 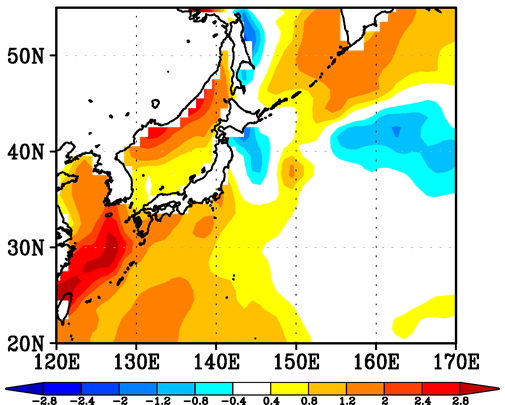 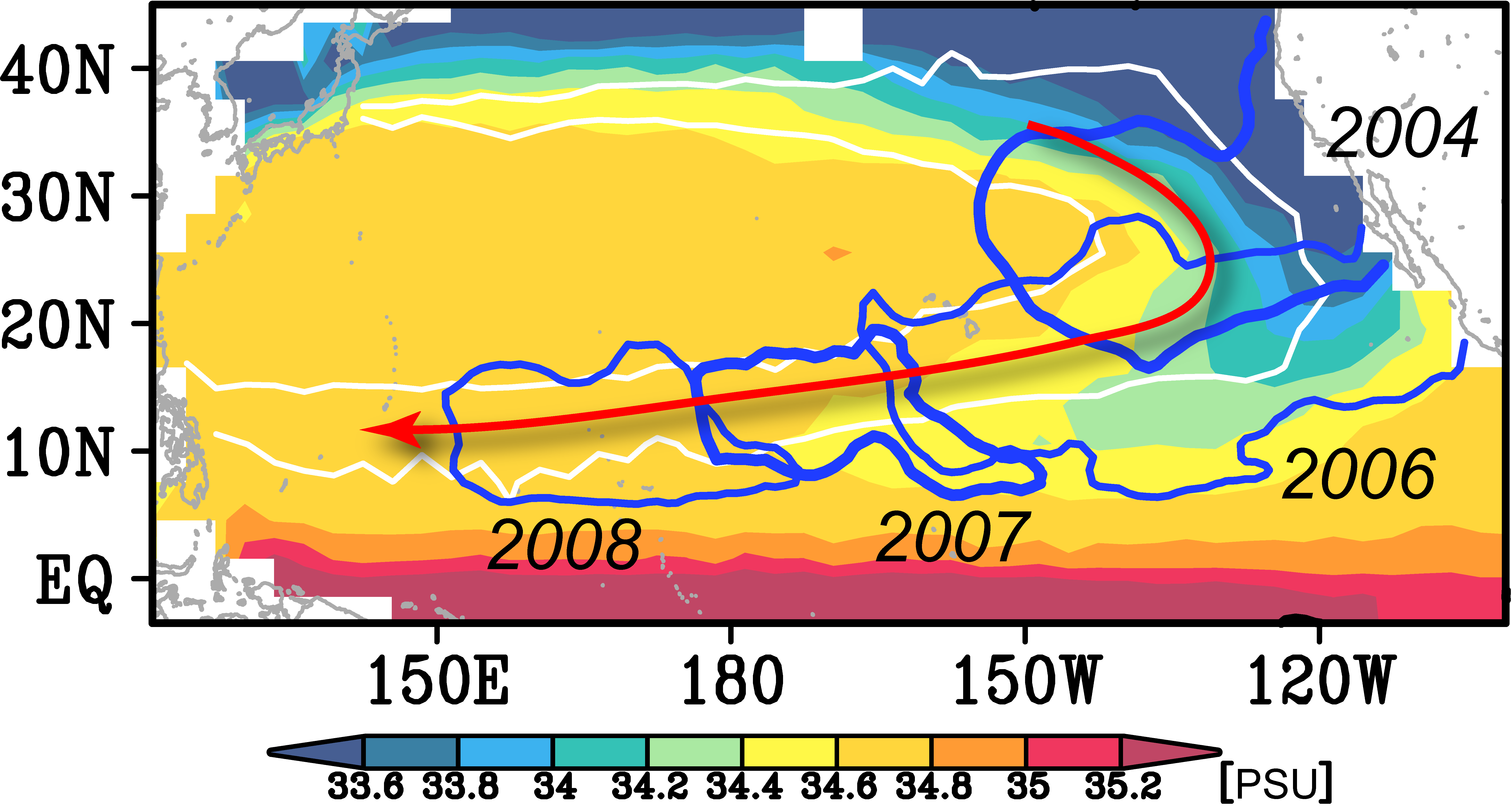 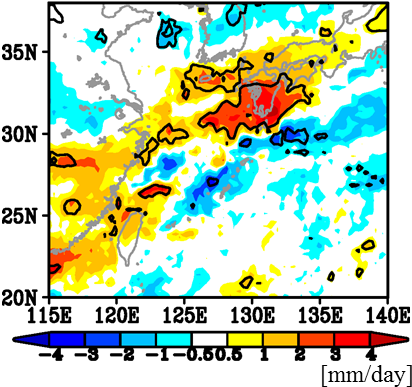 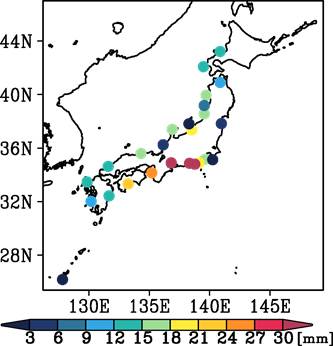 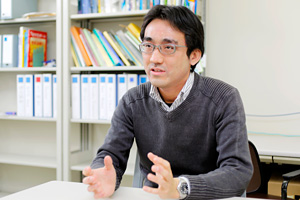