Myosin was discovered as a protein responsible for skeletal muscle contraction and since then has been the subject of extensive research. Myosin utilizes the energy generated from ATP hydrolysis to translocate actin filaments. Most of the cells in our body contain nonmuscle myosin II, which plays an important role in cellular motile processes such as cytokinesis and migration. Similar to myosin in muscles, myosin II, can function only when assembled as filaments. In contrast to muscle myosin that forms filaments all the time, myosin II assembles and forms filaments only when necessary. Myosin II can change the morphology of cells by translocating the actin filaments anchored to the membrane (Fig. 1). Cell motility can thus be perceived as localized changes in cellular morphology. Furthermore, maintaining the altered morphology of cells is an important function of myosin II and actin, so that the cell can function normally. Myosin II occurs as three isoforms in mammals; however, the functional differences among these isoforms are still unclear (Fig. 2). Our research aims to elucidate the function of these isoforms to better understand the underlying mechanism behind changes in and maintenance of cellular morphology. We are using methods in cell biology that incorporate some recent advances in technology and aiming towards research that can be called “protein chemistry using the cell as a test tube.” 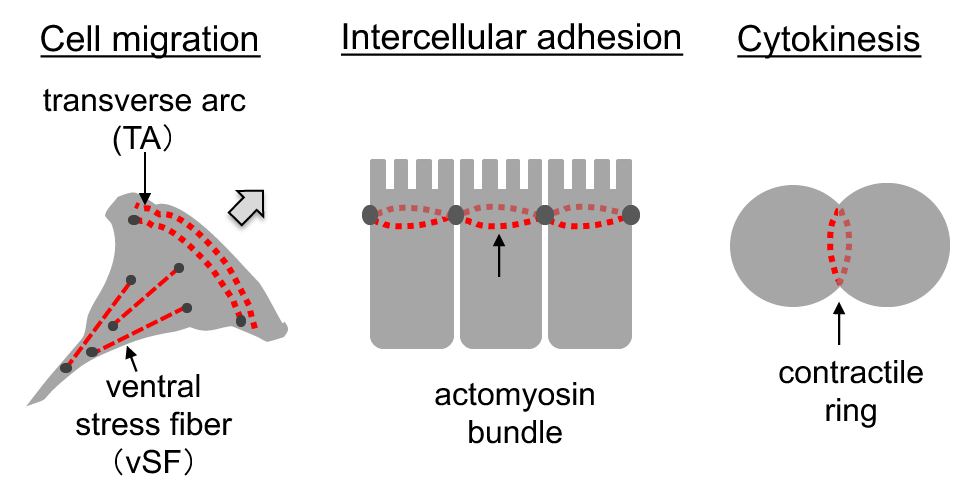 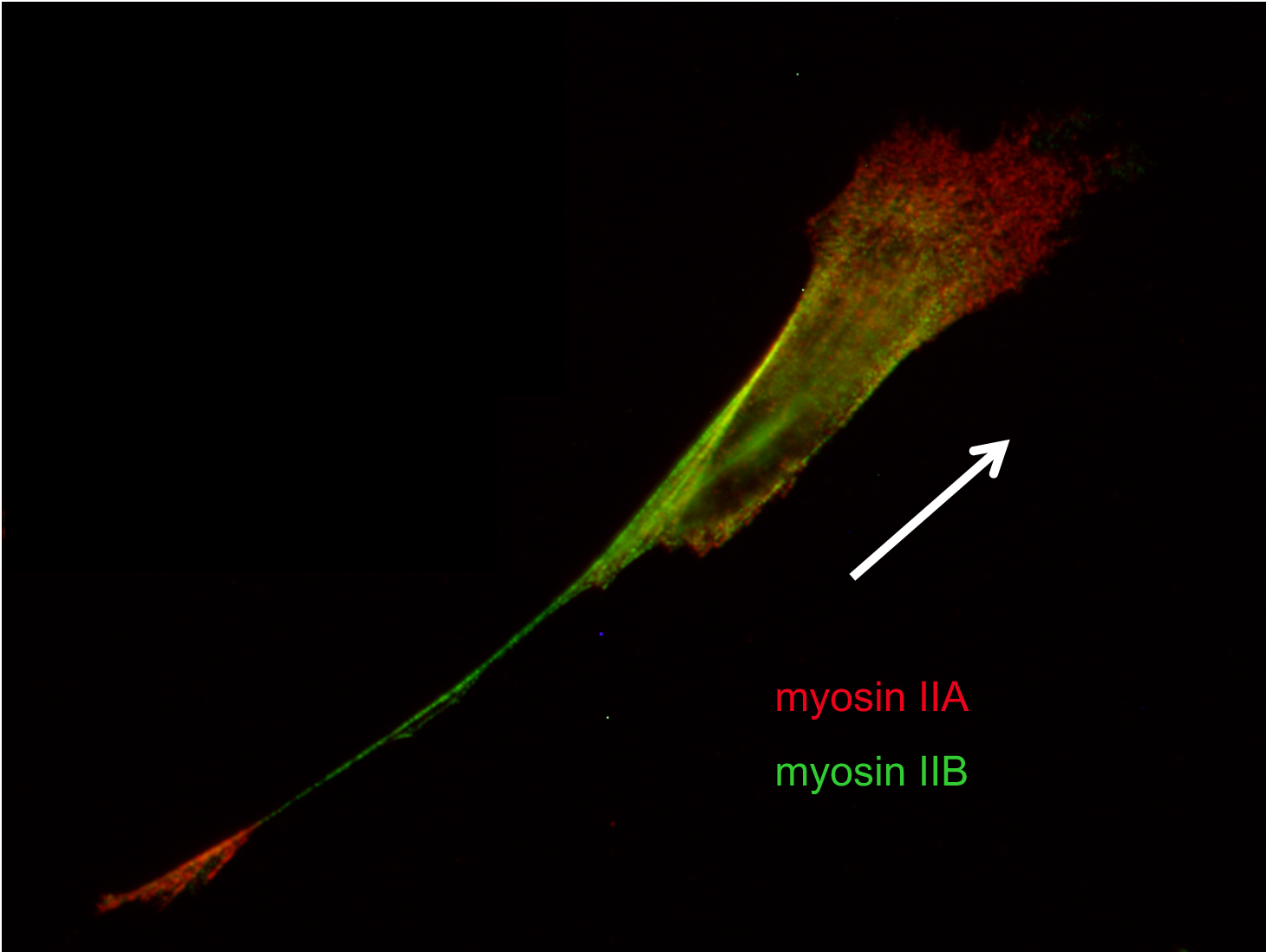