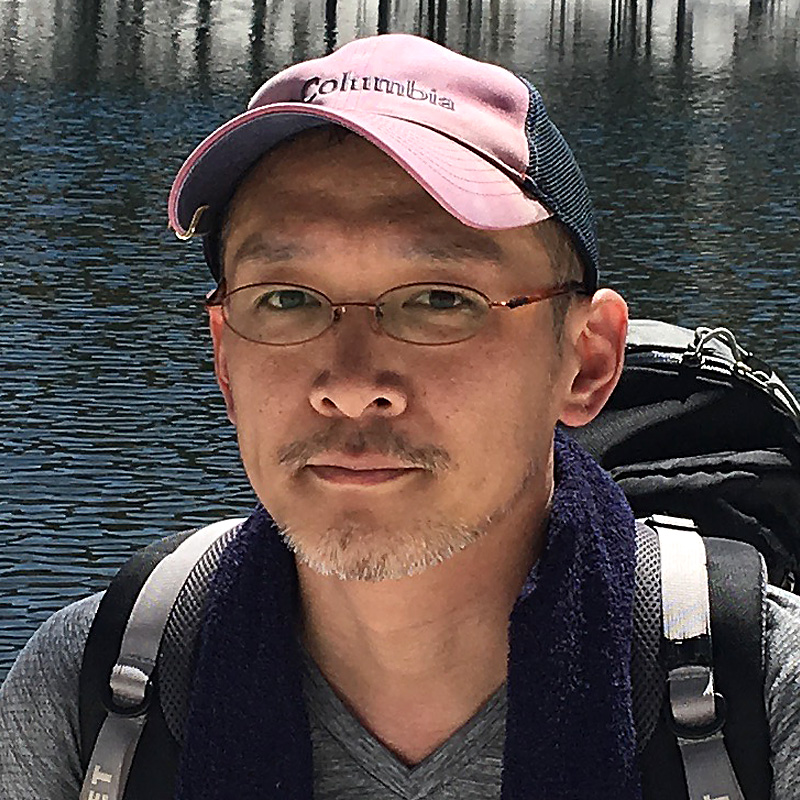 What do you associate with the word “volcano”? As you can see that many volcanoes in Japan are designated as national or quasi-national parks, volcanoes provide wonderful benefits such as beautiful landscapes and hot springs (see "Tokachidake volcano from Bougakudai"). There are many volcanoes that have been closely related to the lives of Japanese people since ancient times and have been regarded as subjects of faith. On the other hand, some people may think of negative aspects such as eruptions and disasters.  It is true that volcanic eruptions have brought about painful disasters.
Most volcanoes do not erupt all the time but repeat active and dormant period. To get along well with volcanoes, it is important to enjoy the benefits of volcanoes when safe and to fear the volcano properly when dangerous. We aim to contribute to society through research such as understanding of the mechanism of the eruption which causes disaster and improvement of forecasting technique of volcanic activity.
At the Ontake volcano eruption in 2014 and the Moto-shirane volcano eruption in 2018, not only the fear of the volcanic disaster but also the difficulty of forecasting the phreatic eruption were widely recognized. Even in Hokkaido, phreatic eruption occurred in Meakandake volcano in 2006 and 2008.  We discovered that volcanic tremors with tilt change are hidden in the earthquakes preceding those eruptions (see "Tilt motion recorded by a broadband seismometer"). This is an important clue to suggest mass transfer in the mountain before eruption. There are various types of phreatic eruption, and it may be difficult to apply this example to other volcanoes. However, our knowledge became one of reasons for improvements in forecasting techniques for phreatic eruption. Also, at the same time as this discovery, we showed that the inclination (tilt motion) of the ground can also be observed with a broadband seismometer (see "Schematic of tilt observation by a seismometer"). Today, researchers in Japan and overseas as well as Japan Meteorological Agency are utilizing our technique for data interpretation and volcanic monitoring.
At Tokachidake volcano, it is revealed that the ground near the summit craters is often tilted even in non-erupting period, from the data of the new seismic and tilt station in the vicinity of the active crater. It is very interesting to investigate what kind of volcanic process under the ground is related to this tilt change.
Since the last eruption of Usu volcano in 2000, no magmatic eruption has occurred in Hokkaido. However, before that, serious eruption occurred in Tokachidake in 1962 and 1988, and Usu in 1977. Therefore, such serious magmatic eruption will occur again in Hokkaido in the near future. In order to deepen the understanding of magmatic eruptions, we also visit volcanoes in Indonesia and Italy to conduct observational research to investigate the mechanisms of magmatic eruption and volcanic earthquakes (see "Schematic of eruption mechanism of Lokon volcano", see "Night view of Strombolian eruption"). 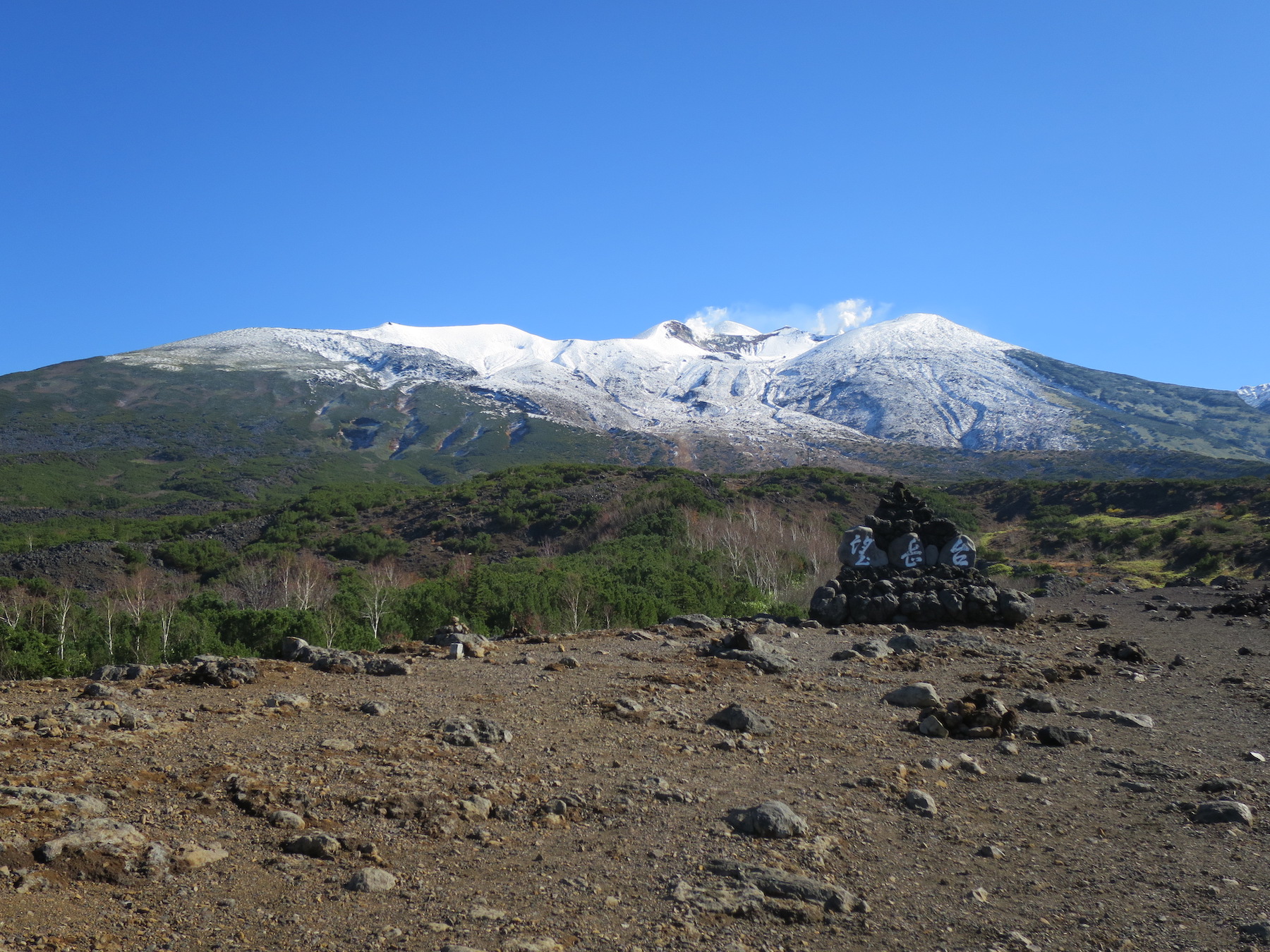 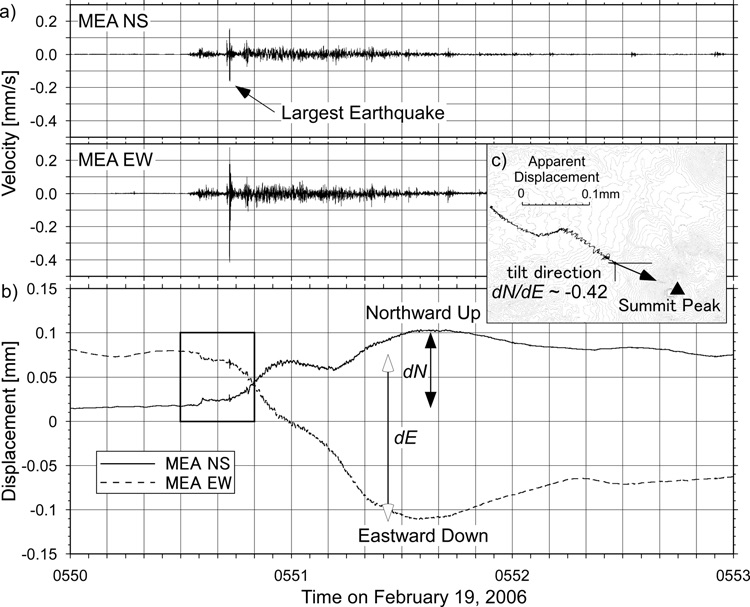 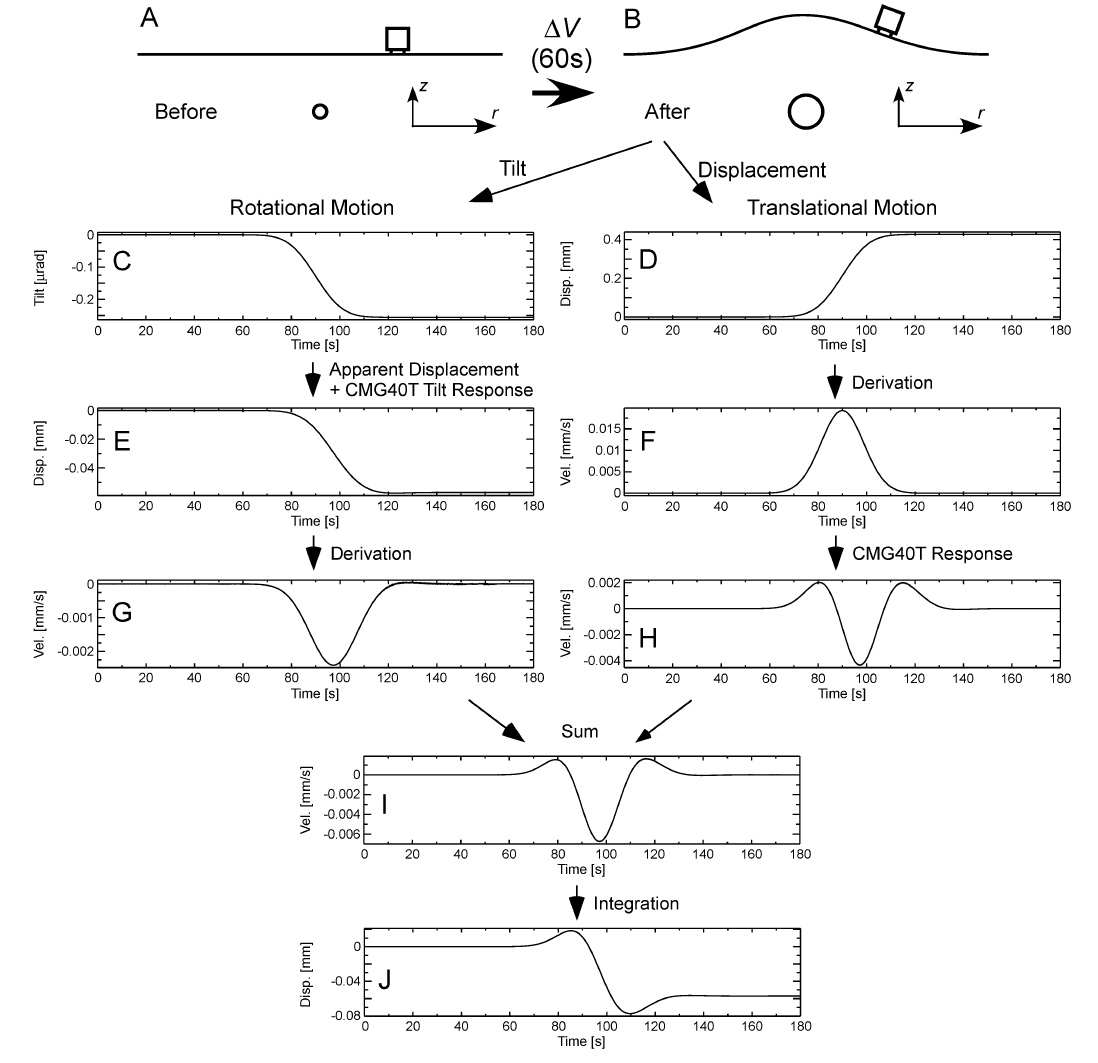 Schematic of tilt observation by a seismometer 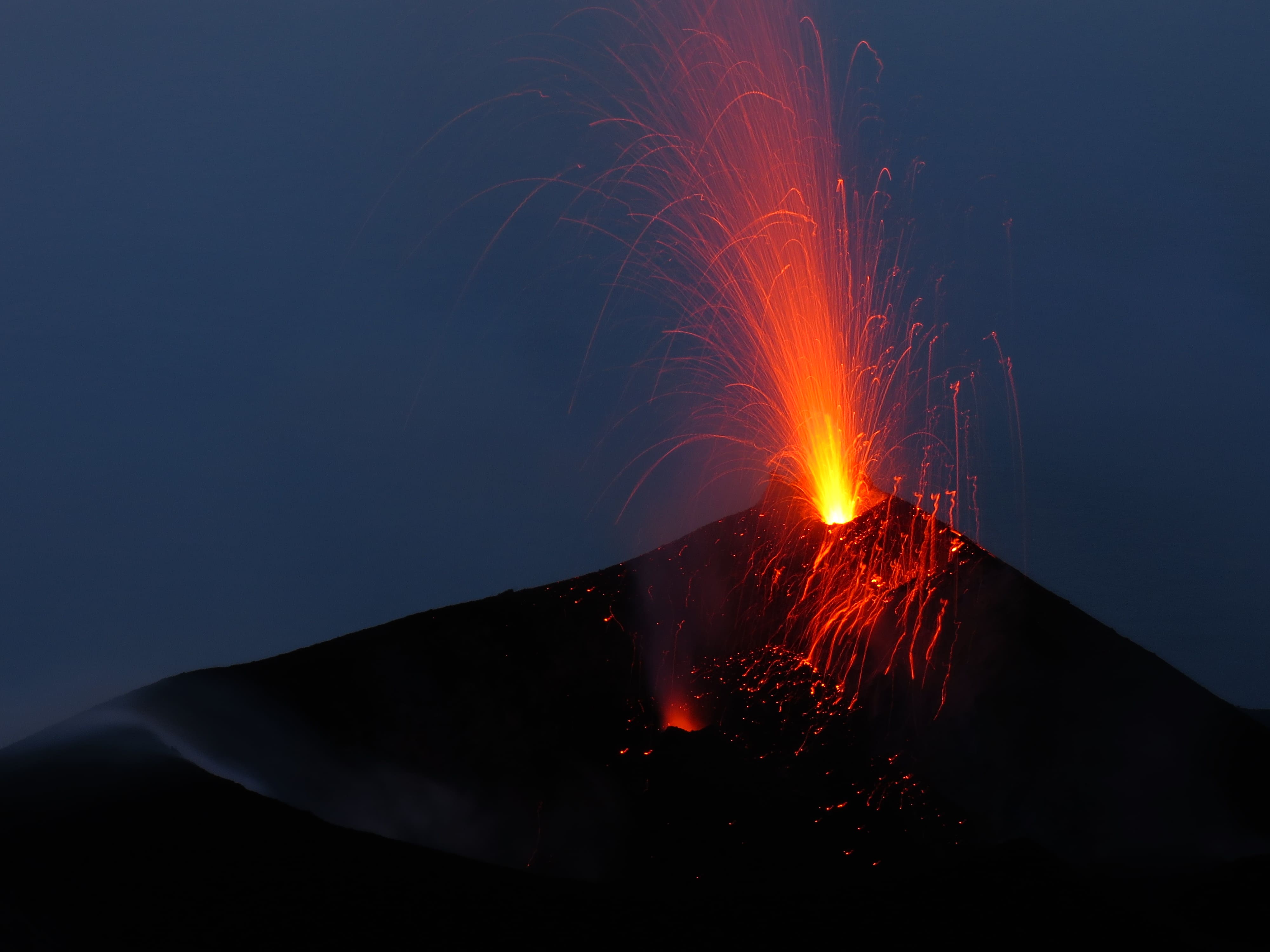 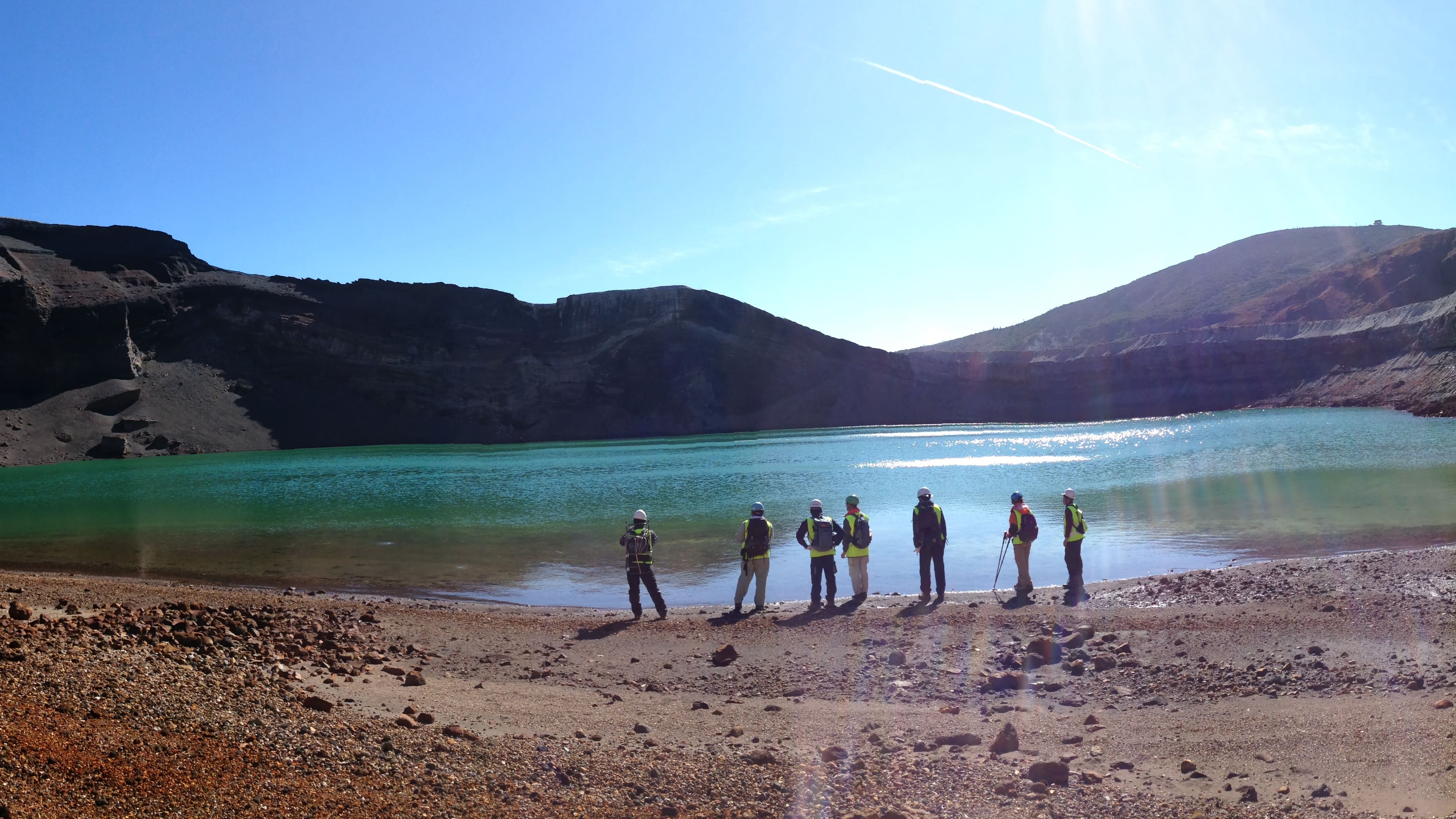