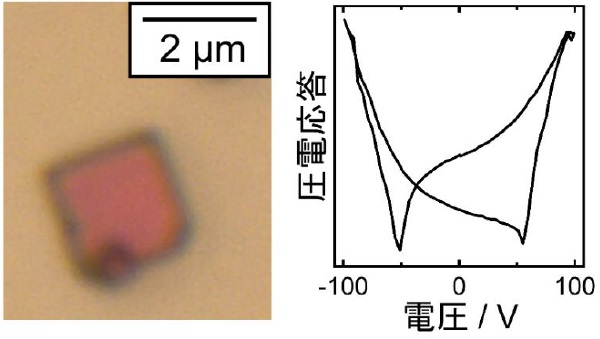 Abstract
Perovskite-type oxynitride BaTaO2N has been attracting attention for its large dielectric constant, which is almost independent of the temperature by measurements on its ceramics. Its dielectric characteristics are attributed to polar nanoregions (PNRs) in the average cubic crystal structure. Polarization saturation to produce a butterfly-like piezoresponse force microscopy (PFM) signal was observed on BaTaO2N crystals in the present study. Reddish crystallites of BaTaO2N…..