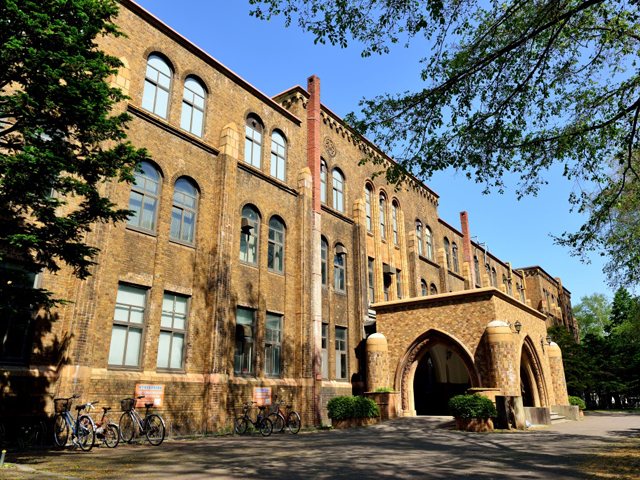 In 1876, the Sapporo Agricultural College was established, and in 1930, the Faculty of Science was established, followed by the Graduate School of Science in 1953. At that time, the Graduate School of Science had six departments; Mathematics, Physics, Chemistry, Geology and Mineralogy, Botany, and Zoology (doctoral and master’s courses). In 1957, the department of Geophysics was added, and in 1976 the department of Environmental Studies was added, before being moved to the Graduate School of Environmental Studies the following year. Subsequently, with the aim of promoting cooperation between undergraduate and graduate education systems and interdisciplinary research that correlates individual scientific fields, we have been promoting the reorganization and reform of the educational and research organization of the graduate school, or in other words, “the enhancement of graduate school education”.

In April 2010, the Graduate School of Science, in cooperation with other graduate schools, established a graduate school consisting of the departments of Mathematics, Cosmosciences, Condensed Matter Physics, and Natural History Sciences, which focuses on education from a more fundamental and purely scientific perspective in the natural sciences, in order to meet the needs of the natural sciences, which have become increasingly deep and diverse in the 21st century. At the same time, the former Department of Chemistry was merged with the former Graduate School of Engineering’s Department of Chemistry to form a new institute. Also, the Department of Life Science was merged with the Graduate School of Life Sciences to develop an integrated educational program from the basics to applications. After the reorganization, these graduate schools are working together to develop a more specialized and systematic graduate natural science education that goes beyond interdisciplinary boundaries in Hokkaido University.