Paleoseismology: a key to construct the long-term prediction of huge subduction earthquakes 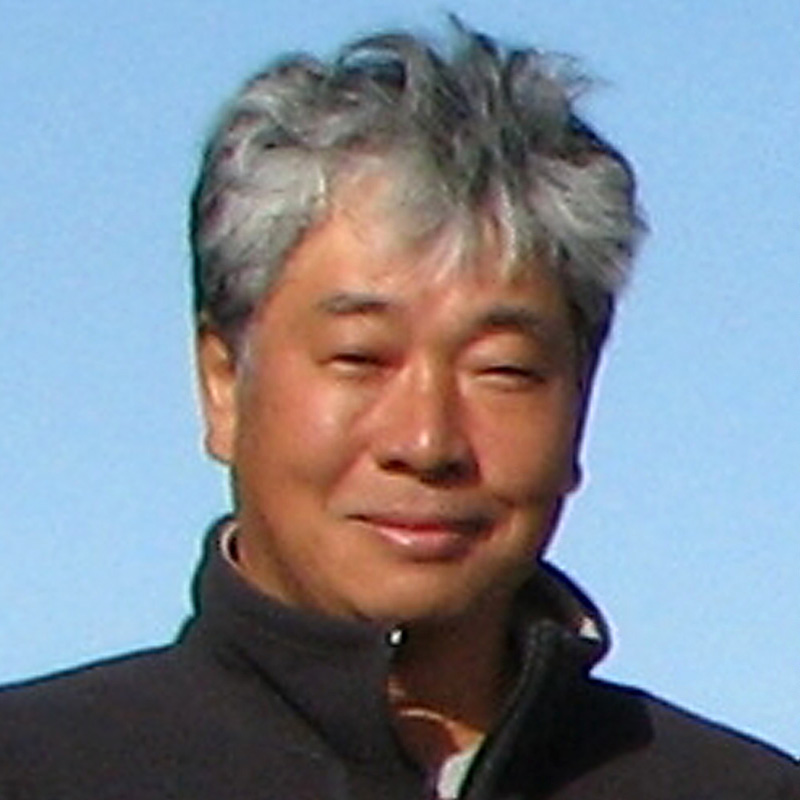 We investigate the recurrence features of huge subduction earthquakes and gigantic tsunamis from the traces of tsunami deposits. Along the Kuril trench off the Pacific coast of Hokkaido, the probability of an earthquake accompanied by a huge tsunami is highly considered based on the tsunami geology. Figure 1 shows a trench wall in which we can see 10 tsunami layers in the last 5000 years. The peal of this section is exhibited at the Hokkaido University Museum. Research on tsunami and liquefaction deposits is still a young field. So, it is necessary to advance method to find and identify the evidence and accumulate case studies. In Hokkaido, there are many natural coastal wetlands that are suitable for the survey. Recently, we also conducted the survey in cooperation with Russia in the Kunashiri Island (Figure 2) and the Primorye coast (Figure 3). 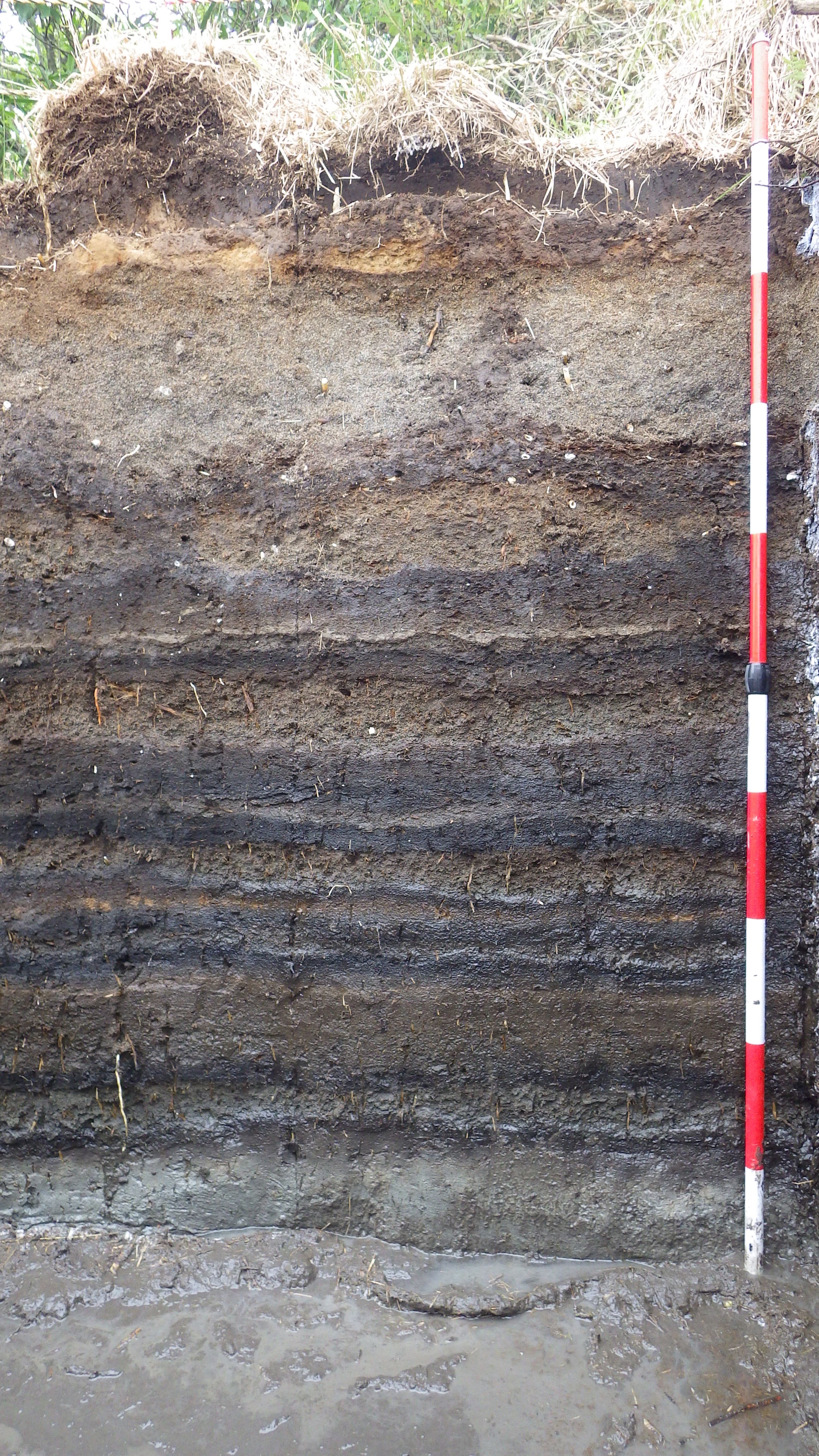 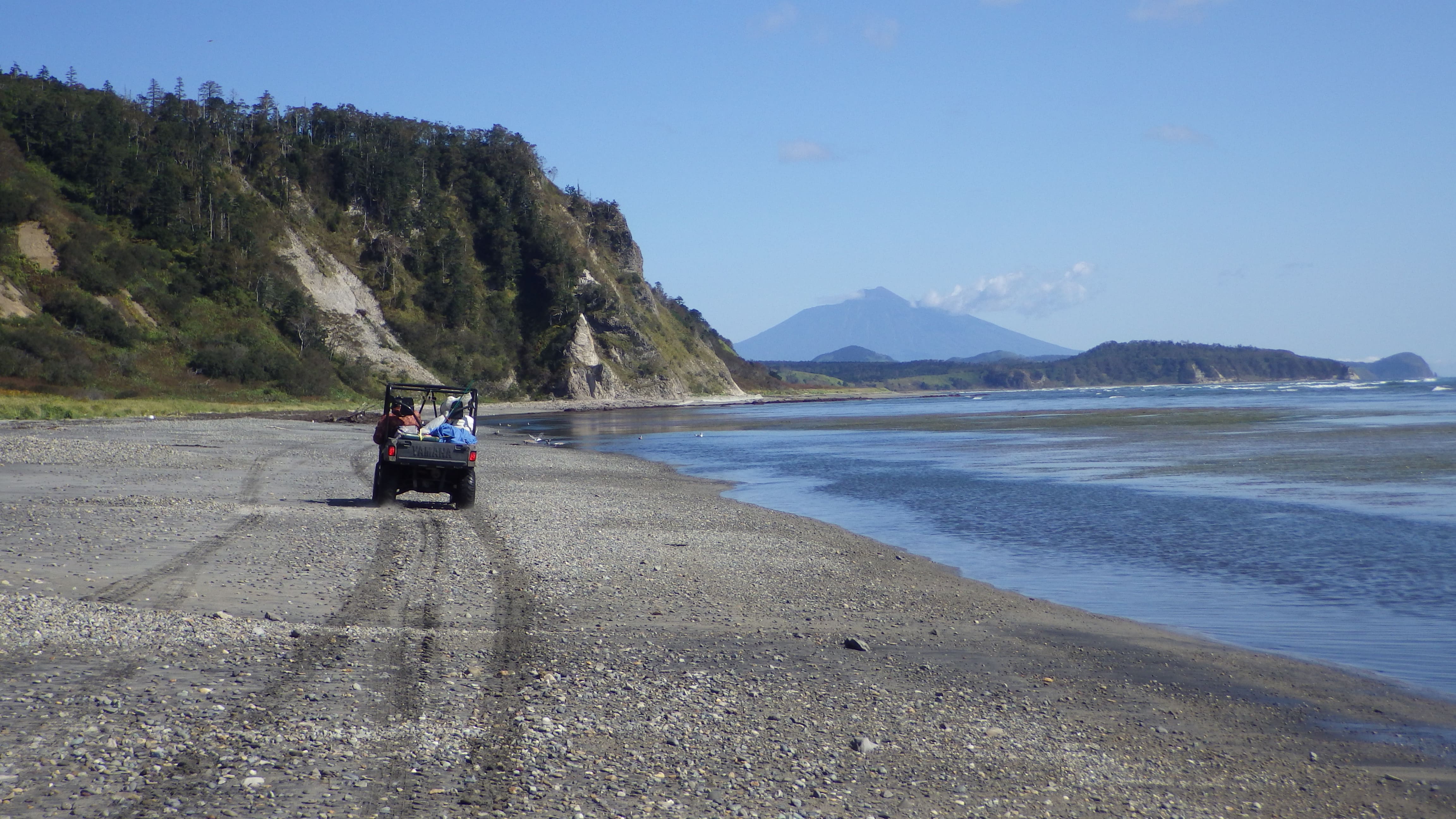 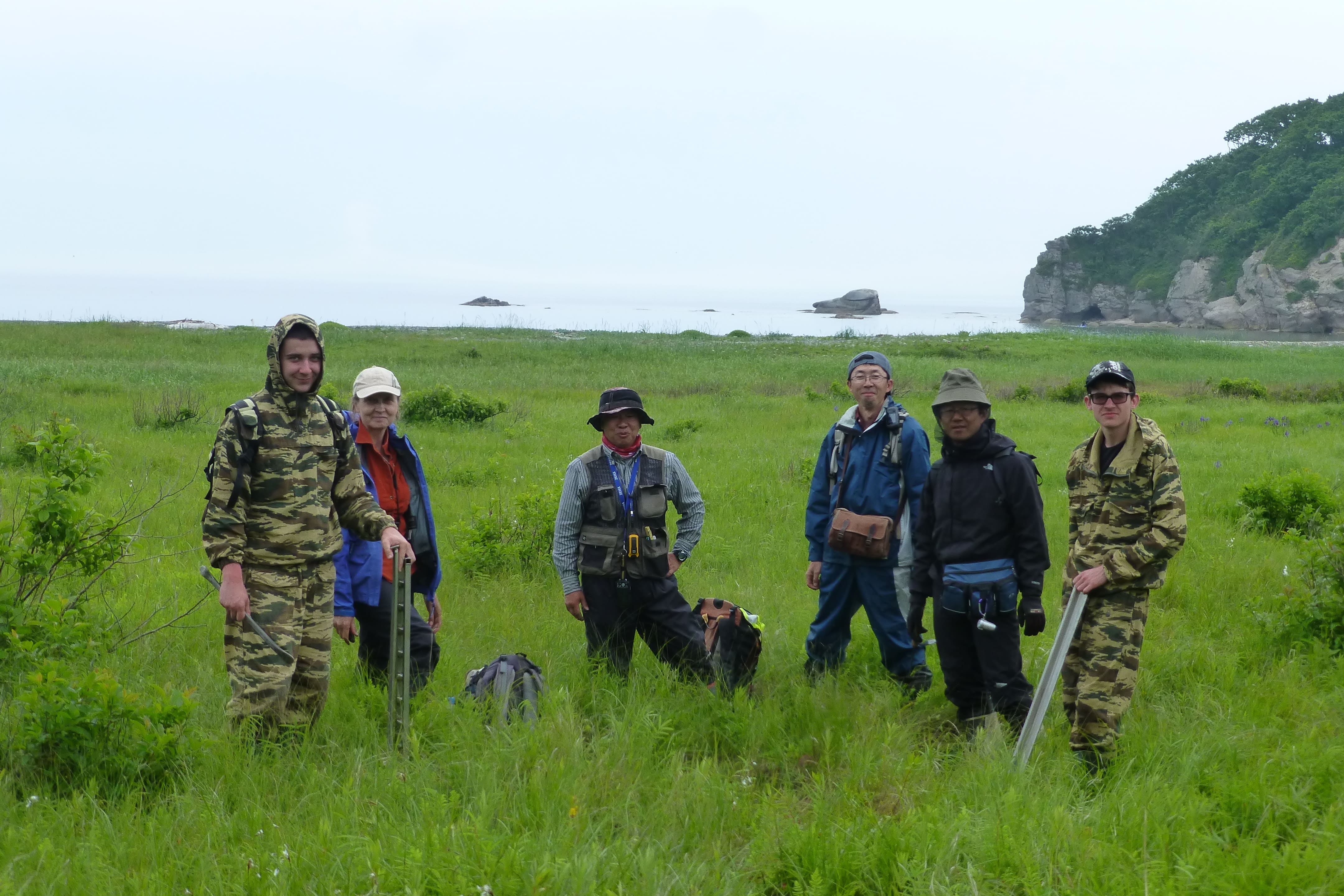