What is at the bottom of the oceans ?

By investigating the mantle and crustal sections in ophiolites in parallel to hard rock cores drilled in present days oceans, we aim to elucidate the various processes leading to the formation and transformation of the oceanic lithosphere. Rocks drilled at East Pacific Rise during IODP Exp. 345 (on Joides Resolution, see photo 1 and 2) are used to investigate magmatic and hydrothermal processes occurring in the lower oceanic crust. The Oman ophiolite (Photos 3 and 4) is the biggest and best exposed ophiolite in the world. It is interpreted as being a remnant of oceanic lithosphere from Tethys which was obducted onto the Arabian margin. Field investigations in the Oman ophiolite allowed me to observe ocean lithosphere structures (Photos 5 and 6) and to locate any sample taken in its context. My researches are focussing on the various magmatic and hydrothermal processes occurring in the oceanic mantle and gabbroic crust. My main results showed that at the scale of the Oman ophiolite several mantle source can be observed and that magmatic processes occurring in the deep crust (fractional crystallisation, melt-rock reaction, mixing of various sources, etc.) have a strong effect on the composition of the magma erupted at the surface. 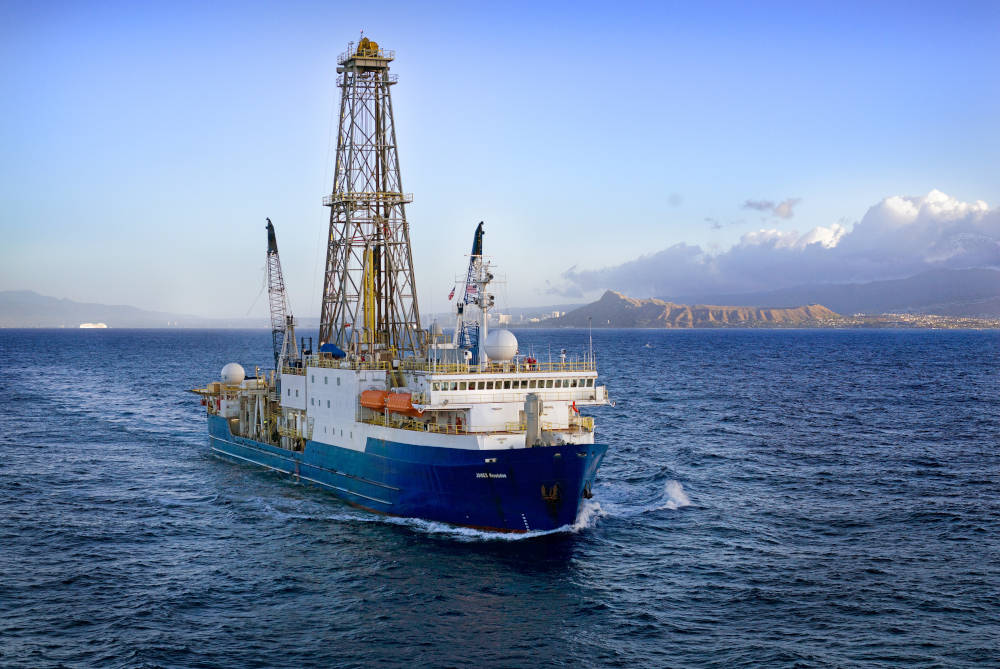 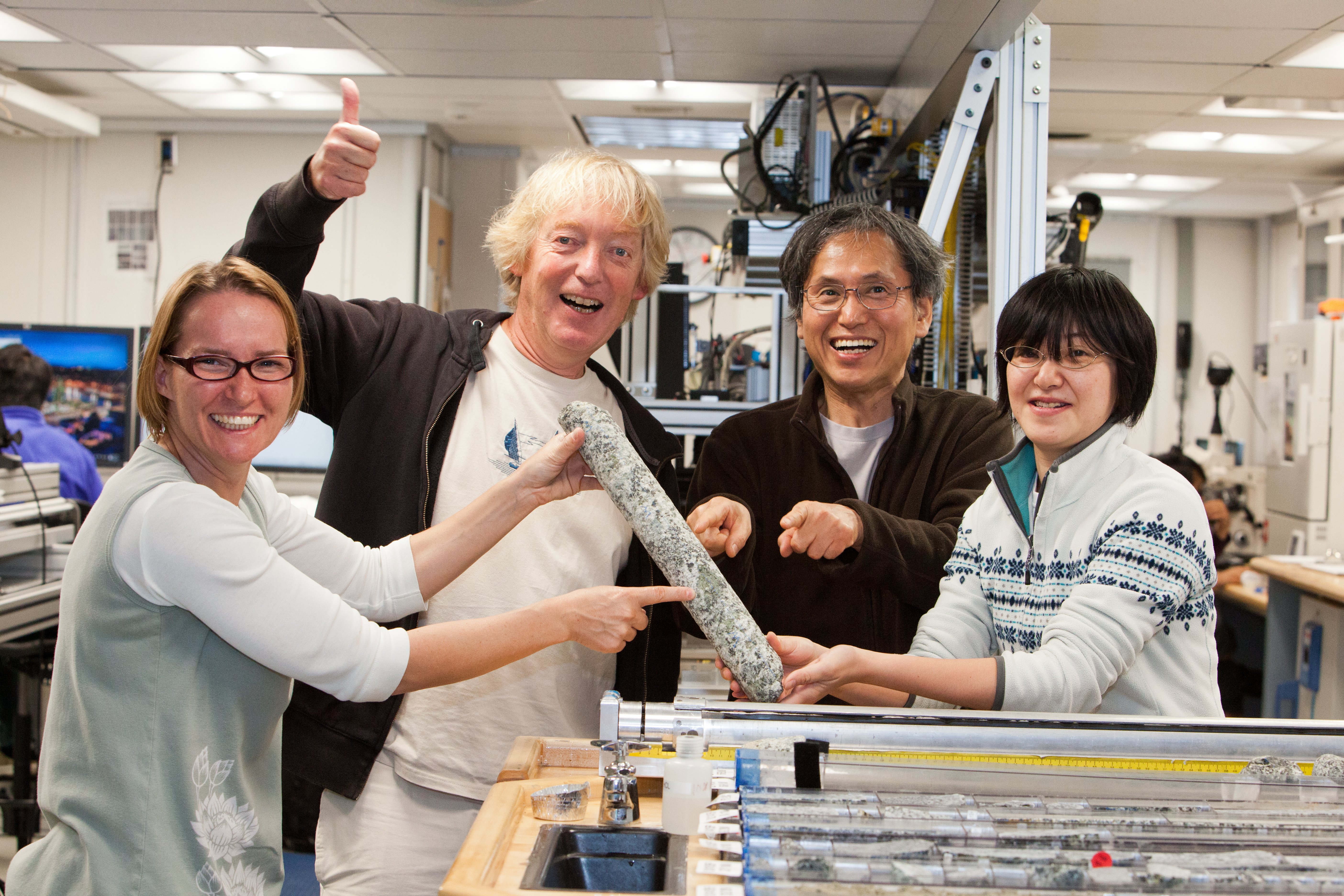 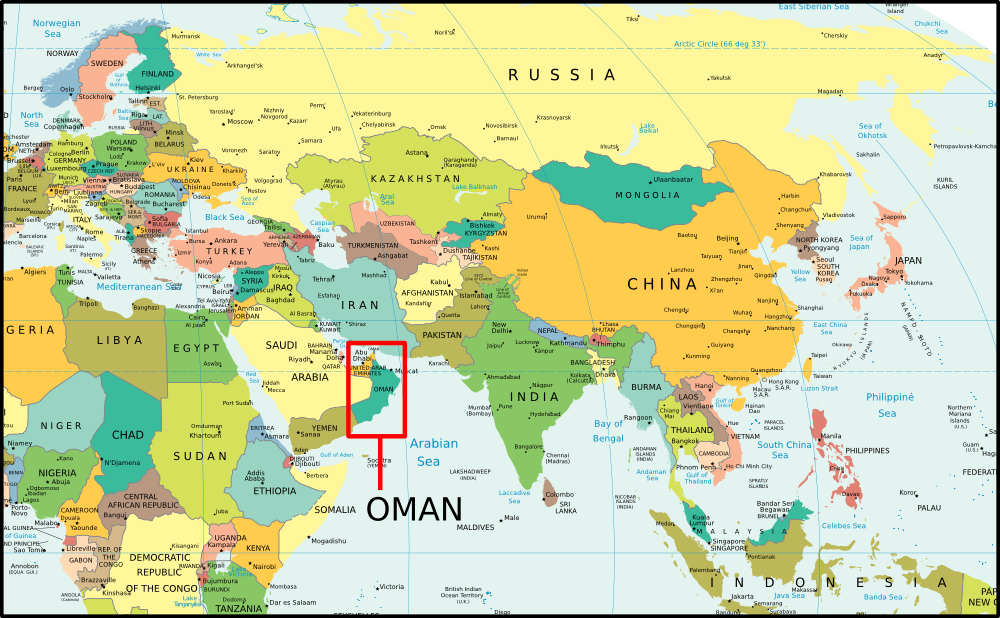 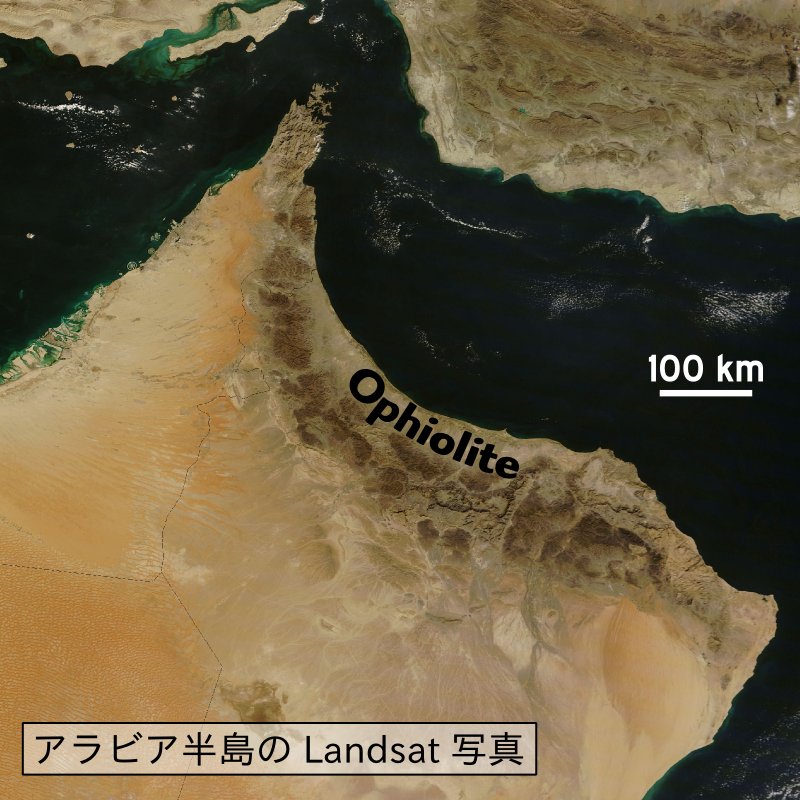 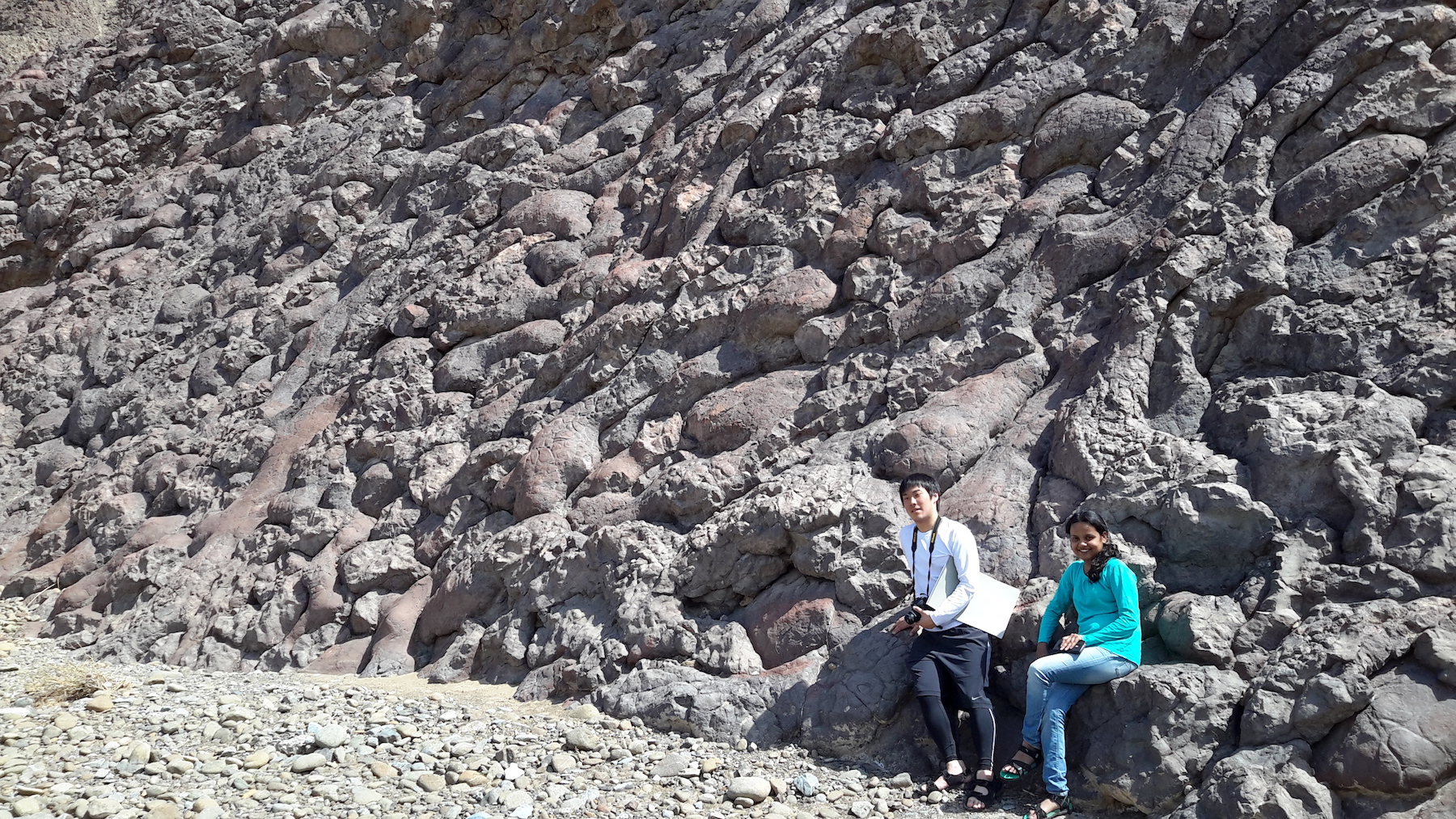 Pillow lava as seen in the Oman ophiolite 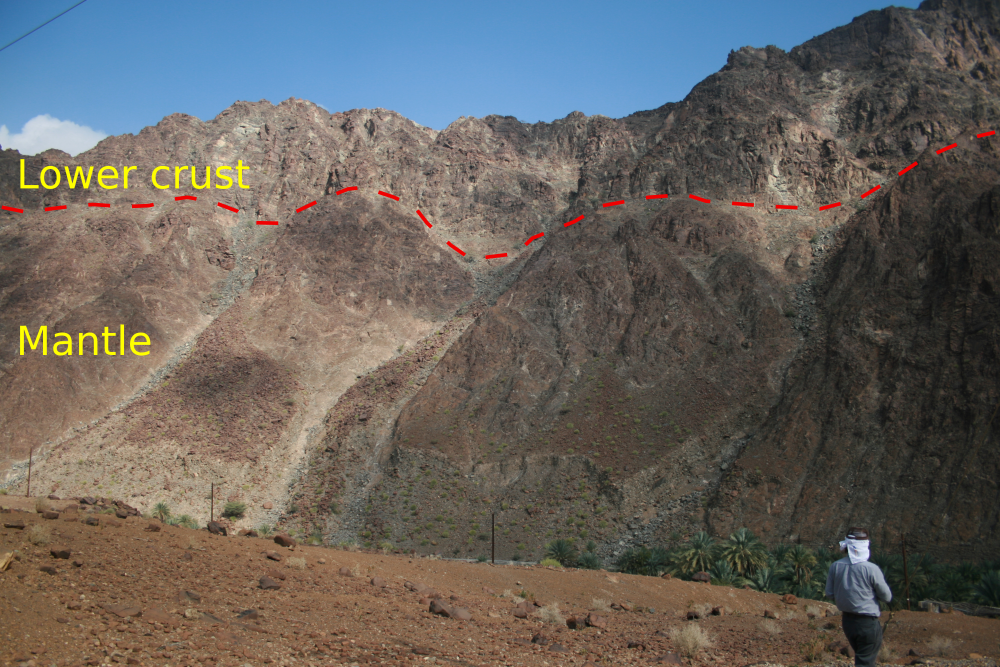 The “mohole” or project to drill the Earth mantle started as about the same time as the spacial project aiming to reach the moon. People walked on the moon after in 20 years but after 70 years, we still do not know what are the rocks forming the deep layers of the earth crust and the upper mantle.

As the oceanic crust is thinner than the continental crust, the project was focussed on drilling oceanic crust down to the mantle. Drilling ships able to recover rocks from deep oceans were developed and constructed but as interest for science slow down these last 30 years, and governments motivation for big scientific projects disappear, funding is now insufficient to maintain and achieve this project

Since my childhood, I have been really curious of everything, bothering my mother continuously asking question about anything and trying to understand how things work as much as possible. Later, when studying maths and science at school, I found a strong interest for science. Up to now I really like how the scientific method helps for understanding various things.

As I always loved mountain, nature and outdoor activities, turning to geology felt completely natural during my studies. But in all possible applications of geology, only research could satisfy my insatiable curiosity.

I have quite a lot of centres of interest, but what I like the most is spending time outside in nature. In my work, field work is definitively my favourite thing, and I also spend my free time biking, skiing, rock or ice climbing, hiking etc.

Out of outdoor activities, I like reading books, cooking, and cuddle my cat.