Study of earthquakes and volocanic activities by geodetic approach

Using geodetic data, especially GPS (GNSS, Global Navigation Satellite System), I measure precise crustal deformation in and around Japan. Analyzing this data, I am trying to understand the mechanism of seismological and volcanological phenomena.
I have studied about estimation of the plate motion and uplift induced by the post-glacial rebound in Antarctica, evaluation of fault coupling status on active faults in inland Japan, modeling of coseismic and postseismic deformation and its mechanism assuming heterogeneous rheological subsurface structure, crustal deformation monitoring around active volcanoes, and so on.
Now I am interested in the relationship between slow slip event and seismic activity in inland, the effect of postseismic phenomenon after the 2011 Tohoku-oki earthquake in wide area including Asian continent, crustal deformation around eastern Hokkaido, and the status of crustal deformation field around the Kurile Trench, where will be generate large interpolate earthquake in the future.
I often go field work to obtain original geodetic data to investigate detailed crustal deformation. GNSS observation network in northern Hokkaido is for slow slip event detection, and eastern Hokkaido for monitoring volcanic activity will give me new knowledges. International research collaboration is also important for me. I sometimes go to Nepal to construct GNSS observation network and Kamchatka for volcano research. 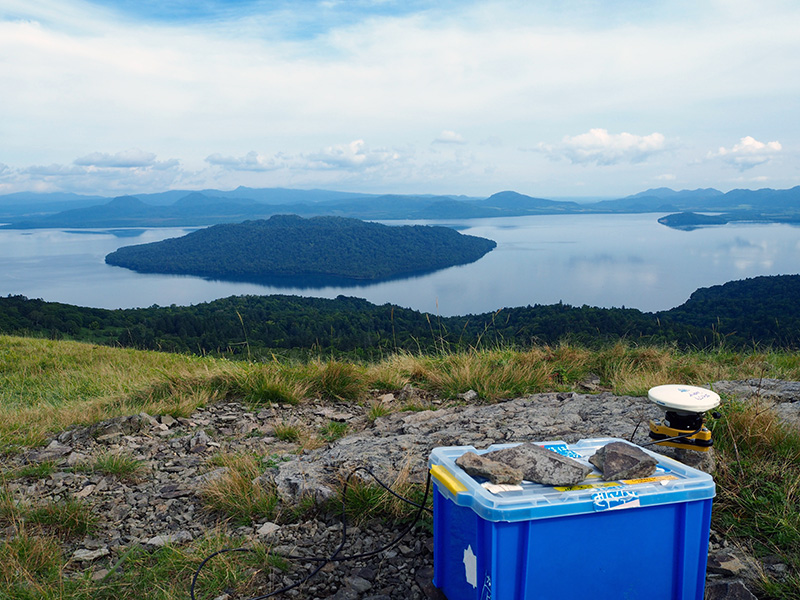 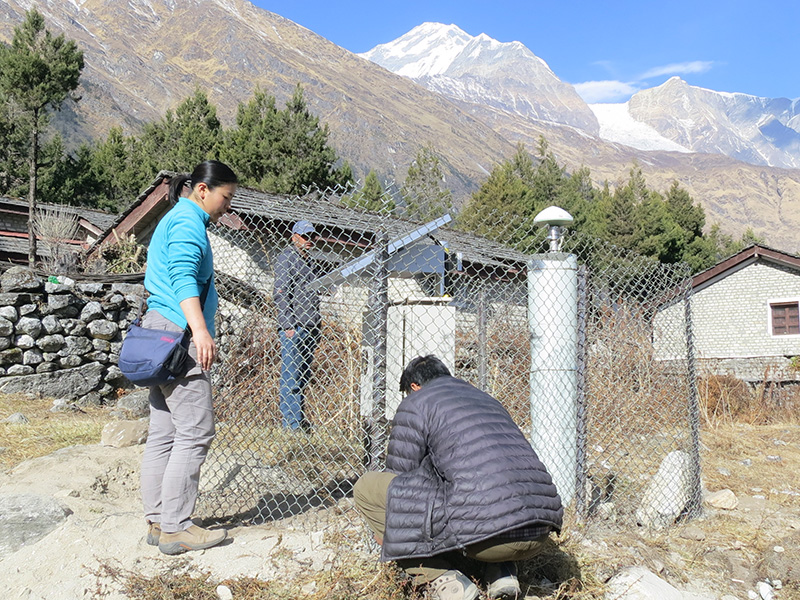 Please tell us your stories until you became a researcher.

When I was a doctoral course student, I gave up, dropped out of the university, and I got a job. However, I started wanting to study again, so I re-entered graduate school. It took more time to get my Ph.D., but I managed to get through because it was what I decided on my own after I re-entered. In the month of finishing the doctoral course, the 2011 off the Pacific coast of Tohoku Earthquake occurred. The following month, I became a post-doc and started my life as a researcher. I will never forget that time.

It is to investigate the crustal deformation field in eastern Hokkaido and understand its mechanism. The Pacific side of this region has the potential of interplate large earthquakes along the Kuril Trench, and I think it is important to understand the current situation before the earthquake. In addition, there are many volcanoes such as the Kussharo caldera on the inland side, and complex crustal deformation fields occur because of volcanic activities and the inhomogeneous subsurface structure peculiar to volcanoes. I am working on research so that I can quantitatively understand and explain these phenomena.

What do you usually do when you get stuck in your research?

I give up that day, do something else, eat delicious food and get a good night’s sleep. Then, the next day, I try again. Sleep clears my head, and I can think about the things again. If that doesn’t work, I talk to the people around me. Talking to others can help me sort out my thoughts and find a breakthrough, and then I can start working again.