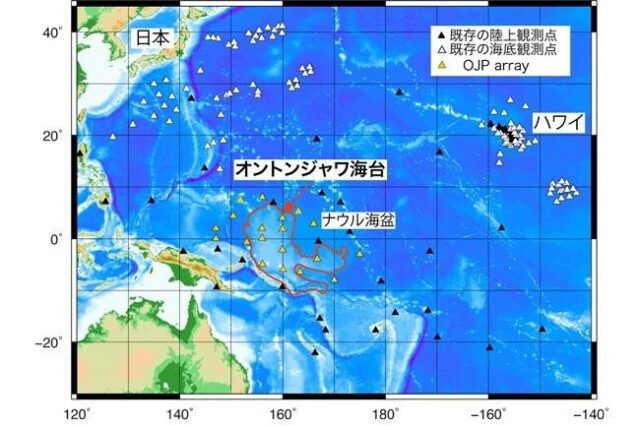 Fig. : Bathymetric map of the study region with the locations of the seismic stations indicated.

Abstract
The Ontong Java Plateau in the western Pacific Ocean is the world’s largest oceanic plateau. It was formed 122 million years ago by a massive volcanic event that significantly affected Earth’s environment. The cause of the magmatic event remains controversial because the upper mantle structure beneath the plateau is poorly known. Here we use passive seismic data obtained through seafloor observations, alongside existing seismic data, to determine……