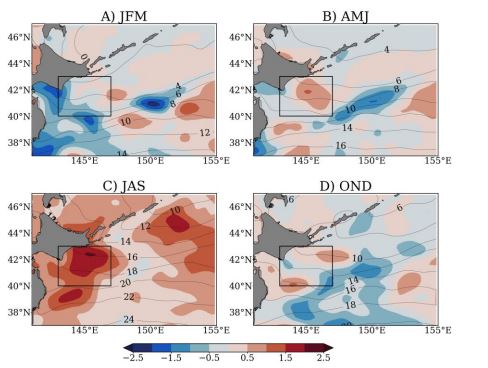 Abstract
The sea surface temperature (SST) of the Oyashio region in boreal summer abruptly increased in 2010 and high summertime SST repeated every year until 2016. Observations and an ocean reanalysis show that this marine heatwave occurred not only at the surface but also at deeper depths down to 200 m. Furthermore, salinity in summer also increased in parallel with the temperature. The rises in temperature and salinity indicate the strengthening of the Kuroshio water influence. The sea surface height and velocity show that…..