Physics of Liquids and Life Processes 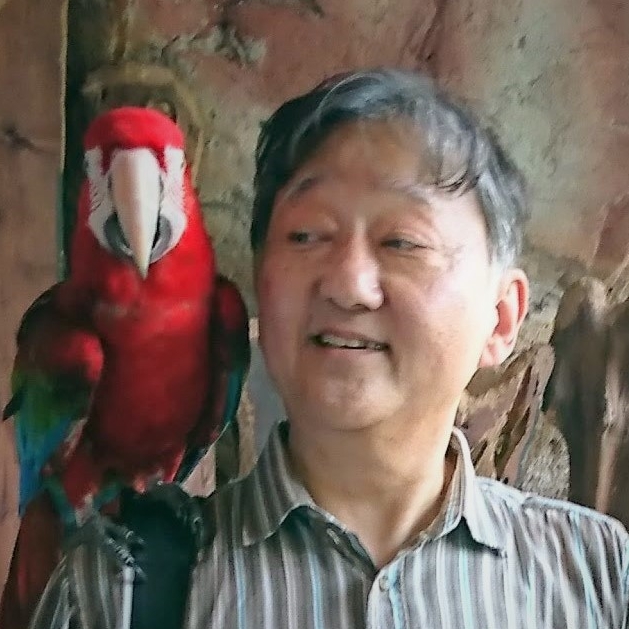 A liquid located between gas and crystalline solid is a very complex system in which the intermolecular interaction can not be ignored and the structure changes with time. In addition to ordinary liquids, the entire amorphous condensation system such as supercooled liquid, glass, solution is called complex liquid. In physics, real crystalline solids and gases can be understood by introducing perturbation starting from ideal solid (crystal structure does not salourify time) or ideal gas (no intermolecular interaction). However, such methods can not be used with liquids. Formulation of liquids in physics is unresolved. In such circumstances, our research is to find the universality in the molecular motion of liquid and use it as a steppingstone for formulation.
One of the universal phenomena in liquids is glass transition of supercooled liquid. Normally, liquid crystallizes as temperature decreases and transitions to a solid phase. However, if increasing the cooling rate or complicating the intermolecular interaction of the molecules making up the liquid, crystallization does not occur at the freezing point (melting point), and it shifts to the supercooled liquid. Continue cooling further and it becomes hard glass. Such a change is called the glass transition of supercooled liquid. Although the glass is a hard solid whose molecular motion has stopped, the molecular arrangement is like a liquid. Why such glass transition occurs is considered to be a big unresolved problem in the physics of physical properties. We are trying to approach the molecular origin of glass transition by investigating the glass transition phenomenon, in which the fast molecular motion in liquid is decelerated by supercooled liquid and appears to stop in glass, from the aspect of molecular motion . 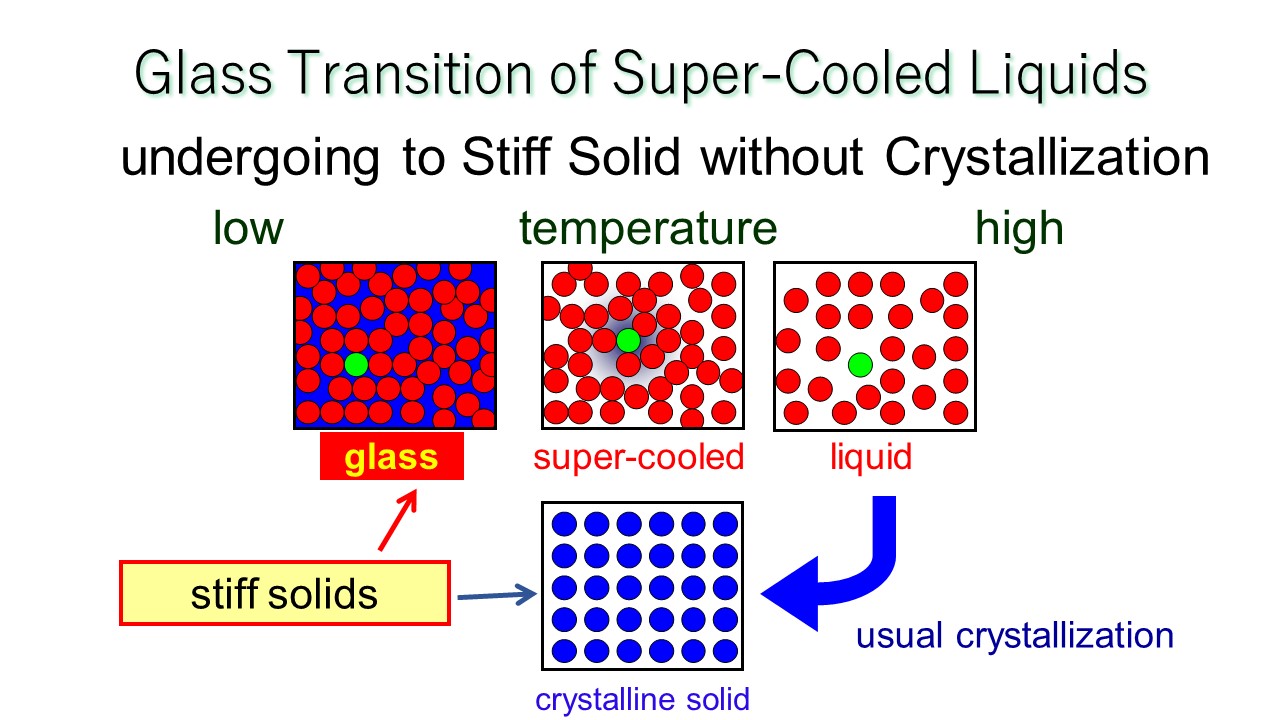 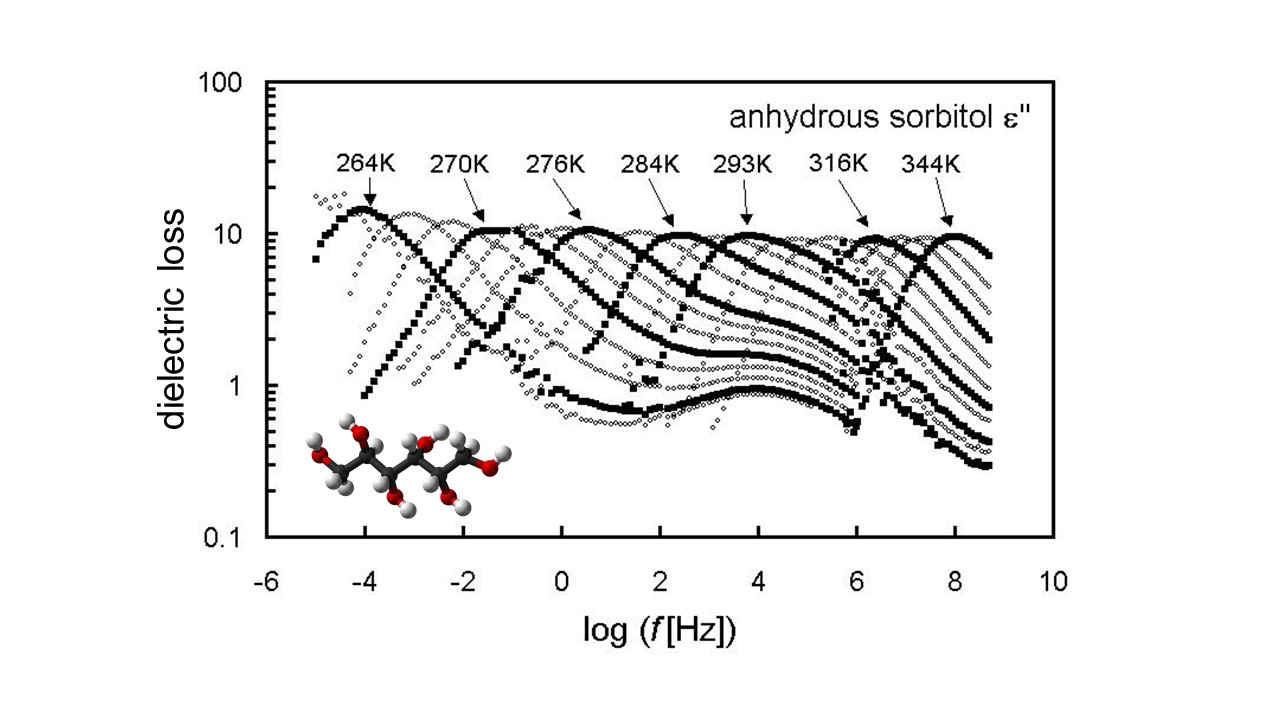 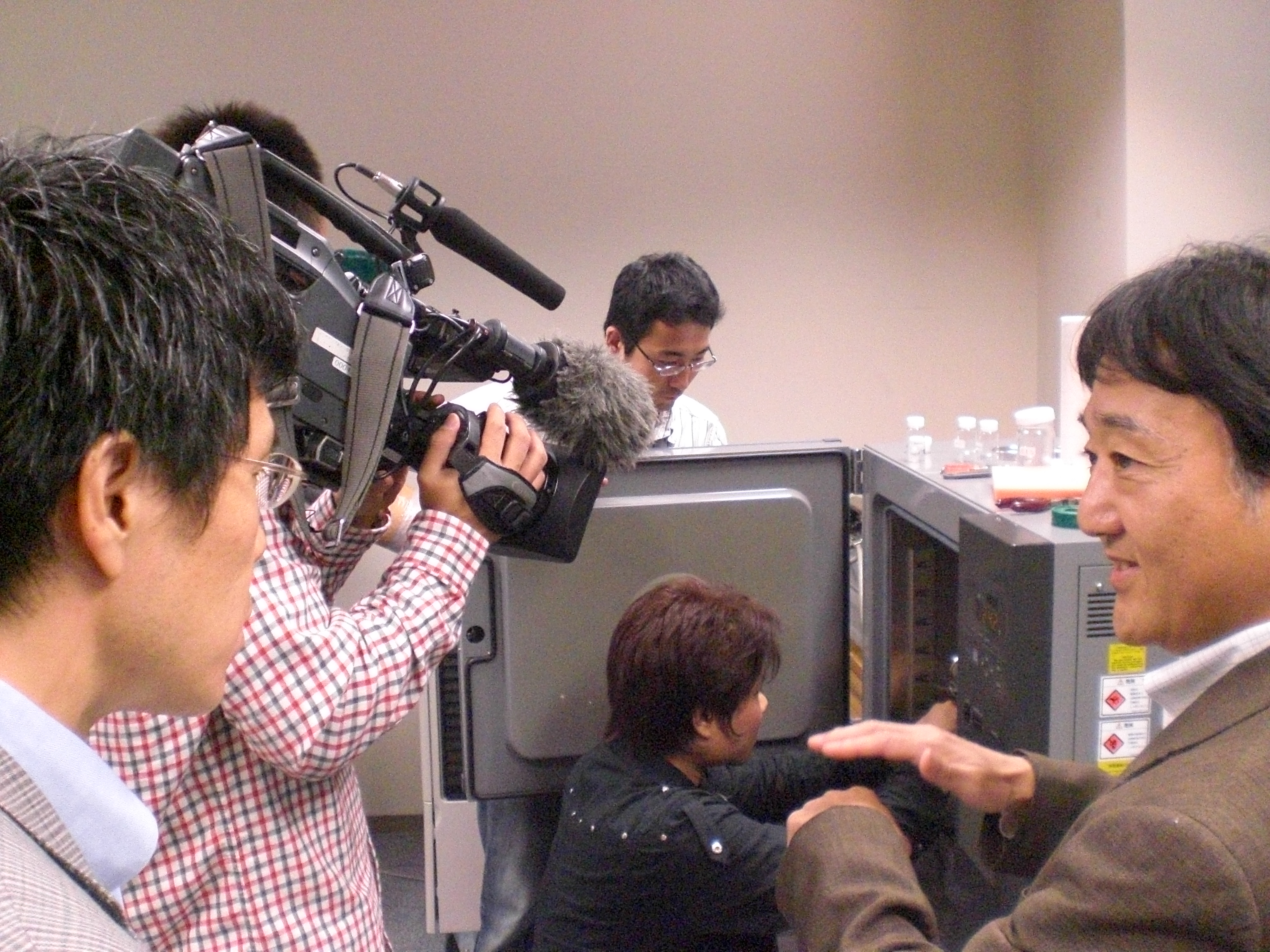 Sometimes we are getting coverage of the press on research. (Photo is NHK) 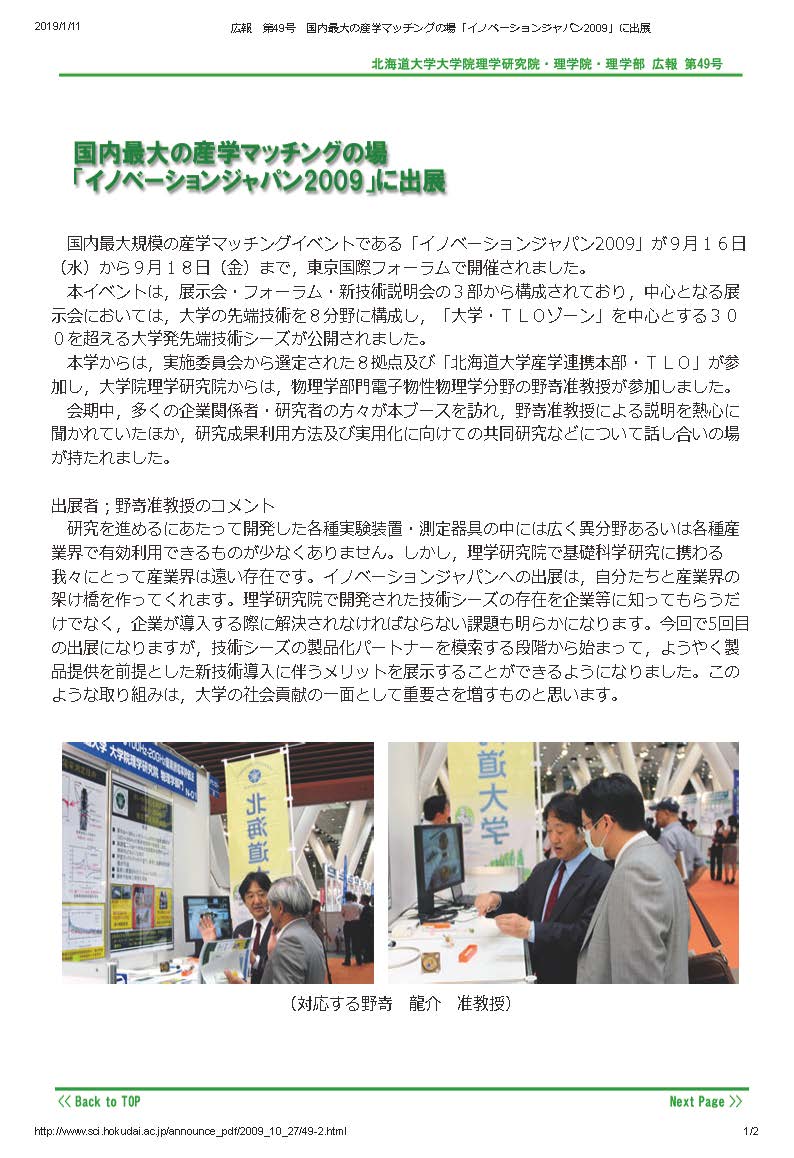 We will also cooperate with the industry. Many of the various experimental and measuring instruments developed to advance the research are widely available in many different fields or various industries. However, for us involved in basic science research at the faculty of Science, the industry is far away. The exhibition at Innovation Japan makes a bridge between us and the industry. In addition to getting companies to know the existence of technical seeds developed at the Faculty of Science, it will also clarify the issues that must be resolved when companies introduce them.