Enjoy mathematics on figures and spaces 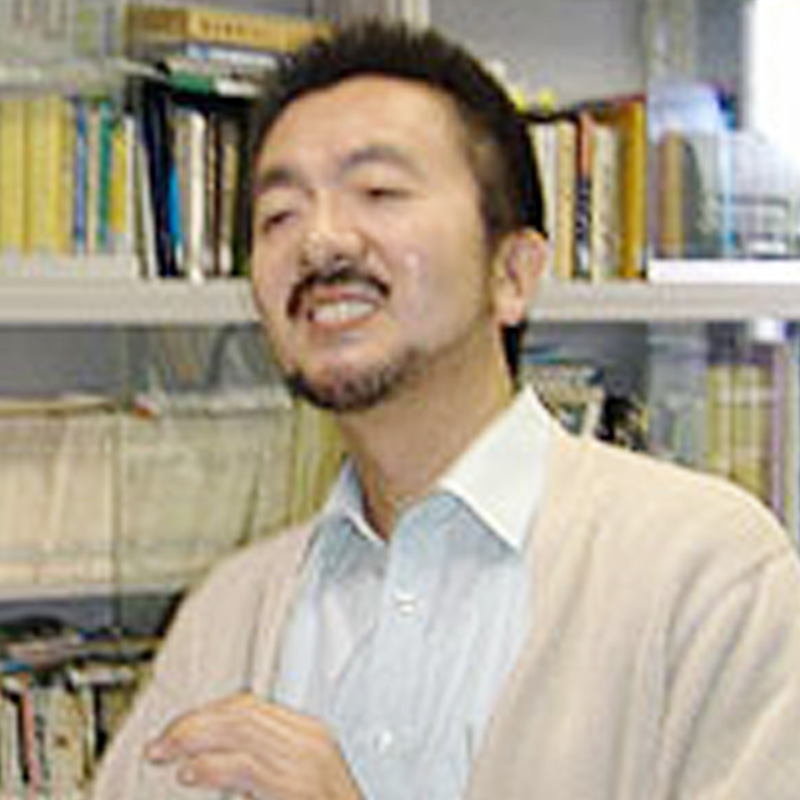 My research projects are:
1. Singularities of mappings (Lagrange-Legendre singularities, singularities of exterior differential systems, differentiable structures of mapping space quotients, catastrophe theory, Thom-Mather theory).
2. Symplectic and contact geometry (Hamilton-Jacobi equations and their Cauchy characteristic problems, Sub-Riemannian geometry, projective and Grassmannian dualities, fronts with degenerate Gauss mappings).
3. Real algebraic geometry (topology of real algebraic varieties, Hilbert's 16th problem, topology of real rational curves and trigonometric curves).
4. Real algebraic homogeneous spaces.
5. Euler characteristics and Euler obstructions. etc.
The one of aims of singularity theory is to study singularities of various objects and their structures and the structure on the subspace consisting of singular objects in the totality of research objects, i.e. the bifurcation locus.
In the study on Hilbert's 16th problem, we study real zero locus of polynomial systems of real coefficients and their topological configurations. Then we try to use anything, algebraic geometry over the complex numbers, manifold theory, topology, and so on.
On of my theme is to develop singularity theory in the framework of symplectic geometry, related to classical mechanics and quantum mechanics. My interests on unknown area such as
quantum topology, quantum singularity theory, etc. are unlimited.

An advise for people who wish to study in the graduate course of mathematics: To perform good researches, it is necessary, for you, your deep intellects and high intuition, to find problems by yourself and to solve your problems by yourself. However it is, in almost cases, enough for you to study whenever you have got some interest on a motivating problem, whenever you feel the necessity of studying. The most important point is to keep your "intellectual curiosity".

(The pictures are five lovely singularities which appear in our solution of a classification problem of singularities by a joint work.) 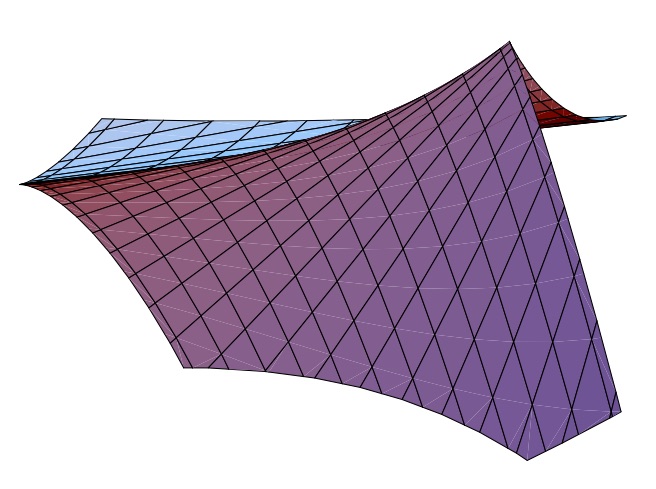 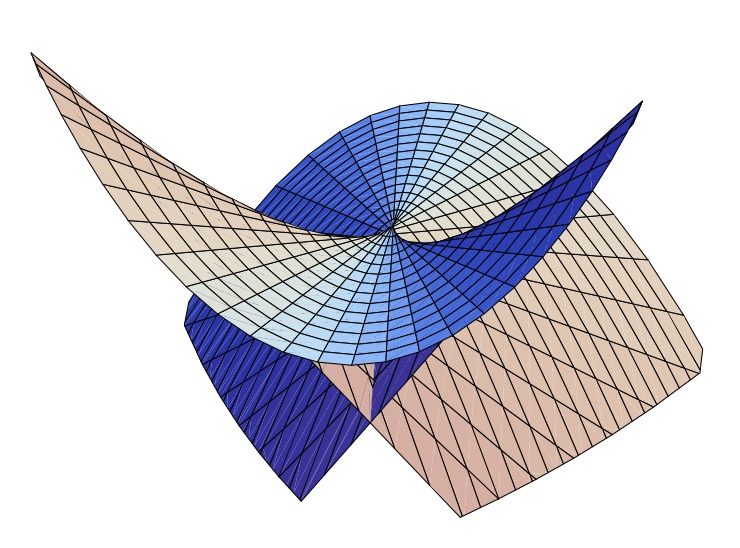 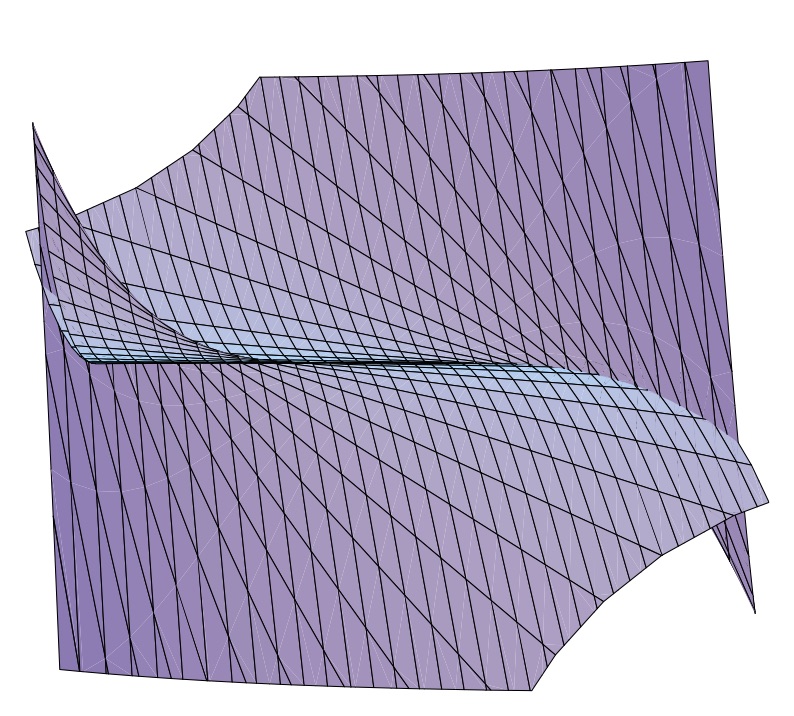 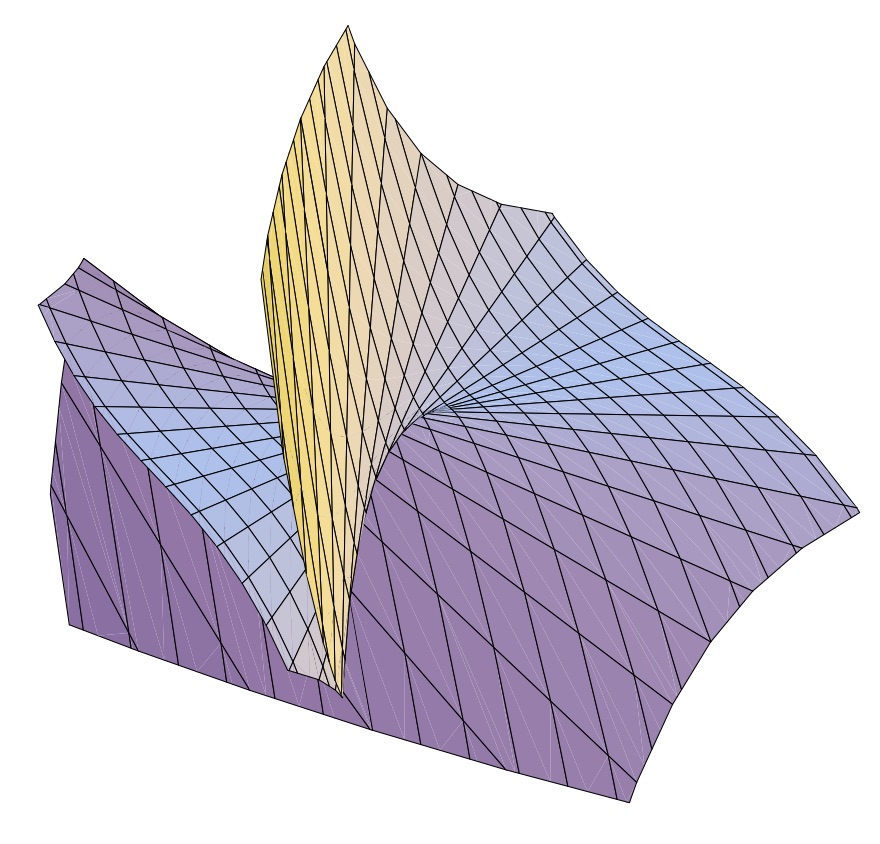